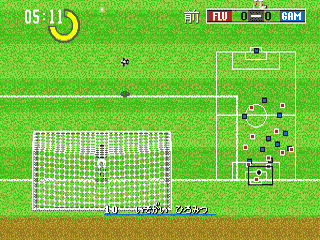 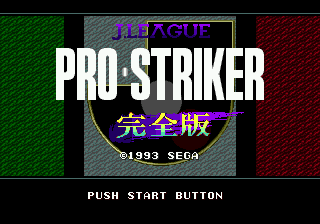 Pro Striker is the first title in Sega's early-'90s soccer franchise. It is an arcade-style soccer game similar in play to Sega's earlier World Championship Soccer. The game is viewed from a birds-eye perspective with a full field minimap on the side of the screen. The player can also make substitutions and choose from six different formations. It features an official J.Leauge license, including all ten teams and all players from the 1993 season. There is an exhibition mode, a playoff mode, and a full league mode, and up to four players can play simultaneously.