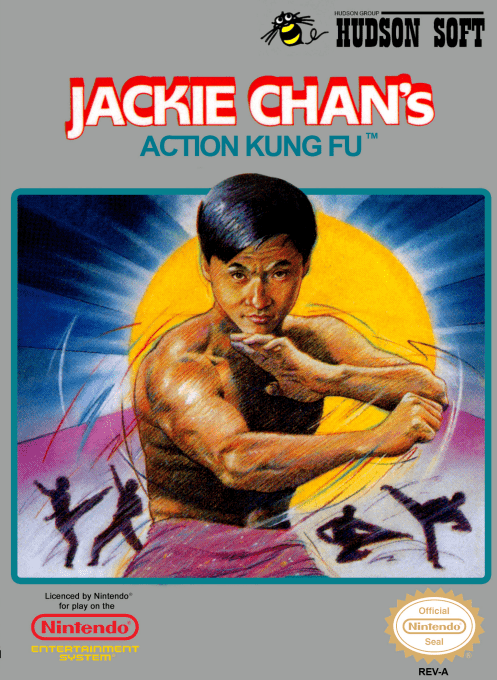 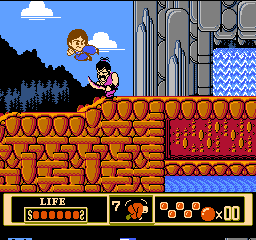 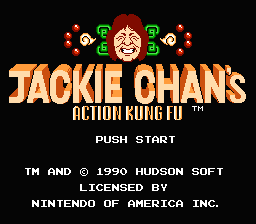 Jackie Chan and his twin sister Josephine were great kung fu fighters in China and trained under a great master. One day when Jackie and Josephine were out walking, the Master's great enemy, The Sorcerer appeared. The Sorcerer had come to rule over China and knew the twins would stand in his way... so he cast a spell to make Josephine disappear. Now it's up to Jackie Chan to follow after the Sorcerer and battle his minions in order to rescue his sister and save China. Jackie Chan's Action Kung Fu is a side-scrolling fighting game. Jackie's controls are one button to jump and another one to attack or be used in combination with a direction for a special attack. On his quest, Jackie must punch and kick his way past frogs, ninjas, birds and other enemies. Jackie can acquire special-moves such as the Tornado attack, the 180 degree spin kick, the 360 degree spin kick and the Sky Attack. Other power-ups include energy refills and bonus points.