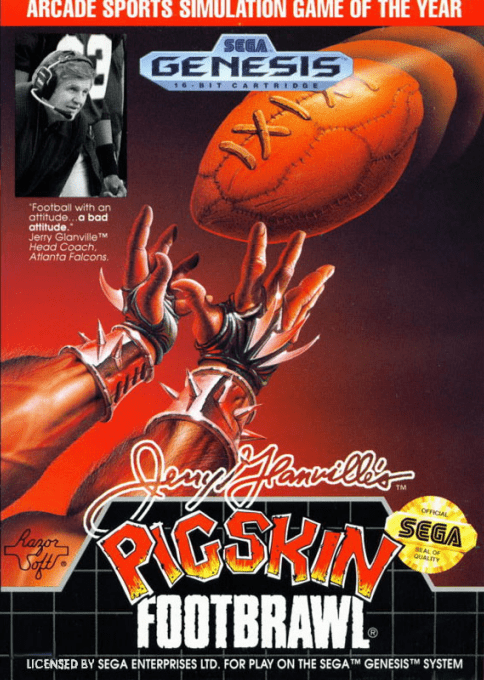 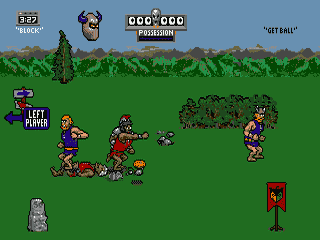 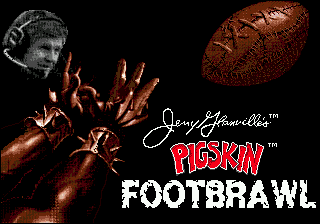 The NFL meets medieval times as you are the captain of a squad of medieval footbrawl players as you compete in a dangerous game involving swords, maces, nooses and traps. For the first half you play on an open field with rocks and water puddles to trip you up and an assortment of weapons laying around, as for the second half you play in a dungeon with weapons laying around, but trap doors to make things interesting. Based on the arcade game made by Midway and actually endorsed by then Atlanta's Falcons head coach Jerry Glanville.