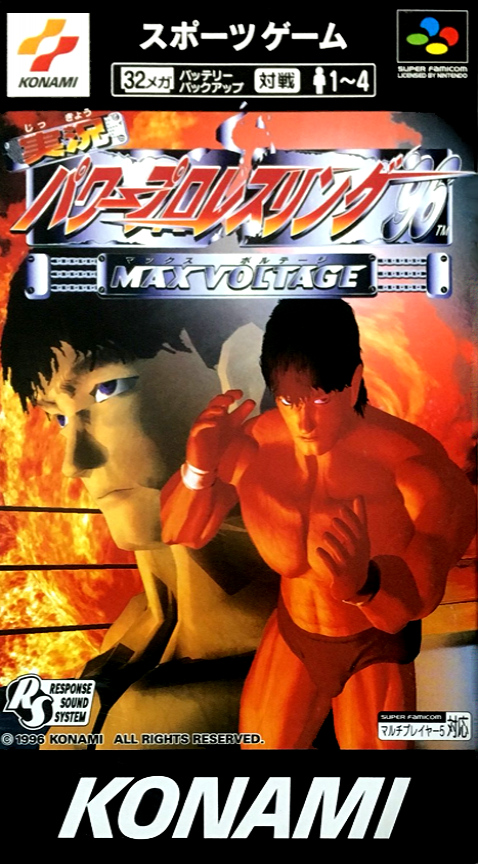 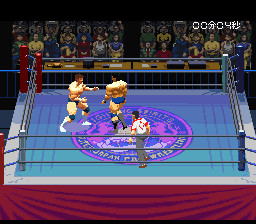 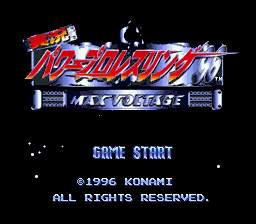 Step up to the ring with Jikkyou Power Pro Wrestling. As the name implies this is a wrestling game in which wrestlers from different leagues collide in grappling contests to determine who's the king of the hill. Select your character with his unique stats and movesets, and go at it against any opponent from four fictional leagues with dozens of moves, submission holds and rope maneuvers in or out of the ring. The game uses pre-rendered 2D sprites and features Vs, Tournament, and League play for up to four players. Also included is a career mode where you create a wrestler and control each aspect of his career up to his final victory in the inter-league tournament. And you can also configure matches to be standard, tag (with 4 or 6 wrestlers), submission or death-matches which adds such features as live wires and explosives to the ring.