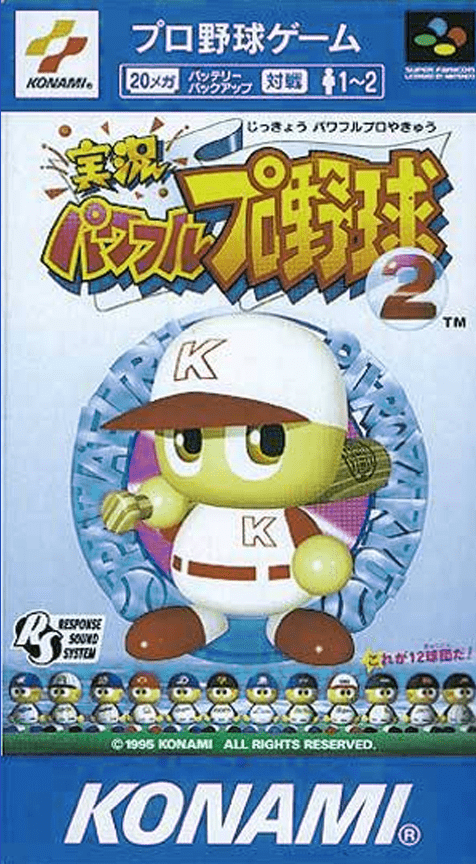 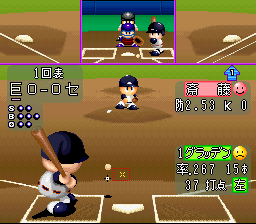 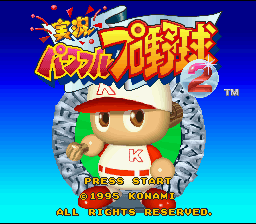 ikkyou Powerful Pro Yakyuu 2 ("Play-by-play Powerful Pro Baseball 2") is a baseball game for the Super Famicom and the second in Konami's Jikkyou Powerful Pro Yakyuu series, usually shortened to "Power Pro". The player once again takes to the field with numerous real-life Japanese baseball teams albeit with spherical-domed super-deformed players. It comes with all the modes of the original, including training in any role on the field as well as the standard one-player exhibition, two-player exhibition, pennant mode and a "watch mode" where the player observes two CPU teams. True to its name, the game's events are called play-by-play by an off-screen announcer: this particular game features voice clips from sports commentator Motoharu Ota from the Kansai-region TV/radio broadcasters Asahi Broadcasting Corporation.