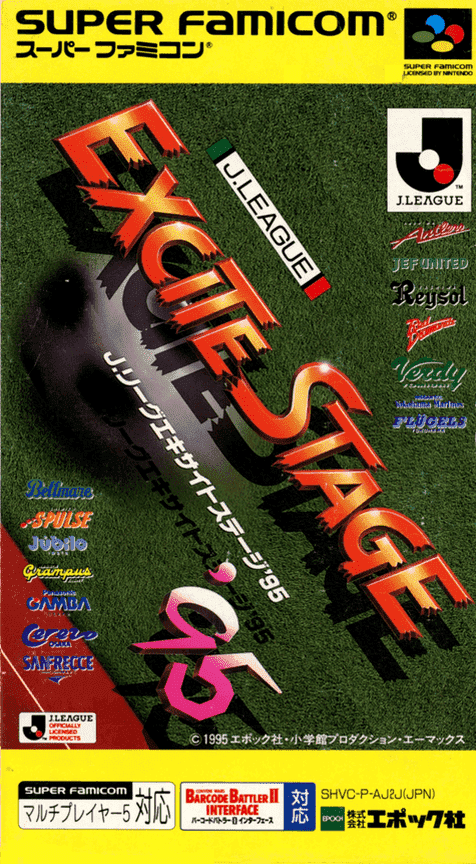 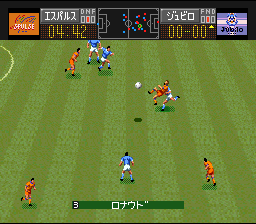 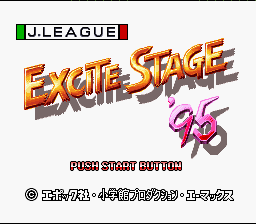 J-League Excite Stage '95 is a Super Famicom soccer game and the follow-up to J-League Excite Stage '94, best known in North America as Capcom's Soccer Shootout and in Europe as Soccer Shootout. As with the other games in the series, the pitch is depicted horizontally with the camera focused on the ball in the center. It features an Exhibition mode, a League mode and a Tournament mode. It also includes two practice modes and a separate penalty shootout mode. Up to four players can play the game, taking on different combinations of control over the two teams: 1 vs. CPU, 1 vs. 1, 2 vs. CPU, 1 vs. 2 and 2 vs. 2. Publisher Epoch also incorporated some Barcode Battler compatibility, a common feature for their Super Famicom games produced in the mid-90s. The game features every team in the 1995 season of J-League, which increased from 12 to 14 teams since the previous season.