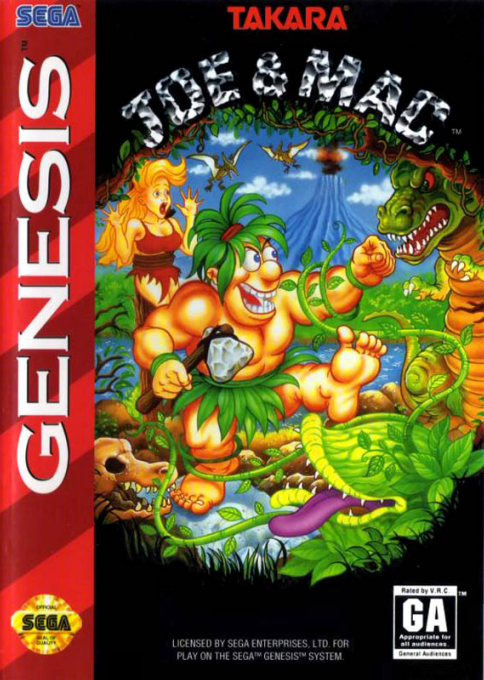 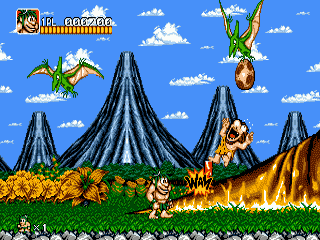 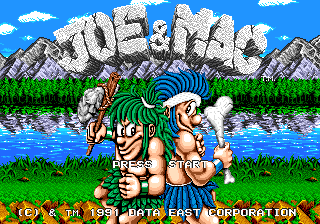 The game stars the green-haired Joe and the blue-haired Mac, cavemen who battle though numerous prehistoric levels using, weapons such as boomerangs, bones, fire, flints, electricity, stone wheels, and clubs. The objective of the game is simply rescuing a group of girls who were kidnapped by a rival tribe of cavemen. The gameplay is somewhat similar to Contra and has a Gauntlet-style health system, where the player loses health over a period of time apart from in boss battles. This health system is also not unlike that of Sega's Wonder Boy. The game could be played in either single player or two player mode. In the two player mode, both characters could hurt each other. The game was also notable for its cartoony graphics, humor, and sound effects. The original arcade version had the distinction of allowing the player to select between different routes (much like Taito's Darius) at the end of a boss battle. Also, after defeating the final boss, the players can choose between three exits, each one leading to a slightly different ending sequence.