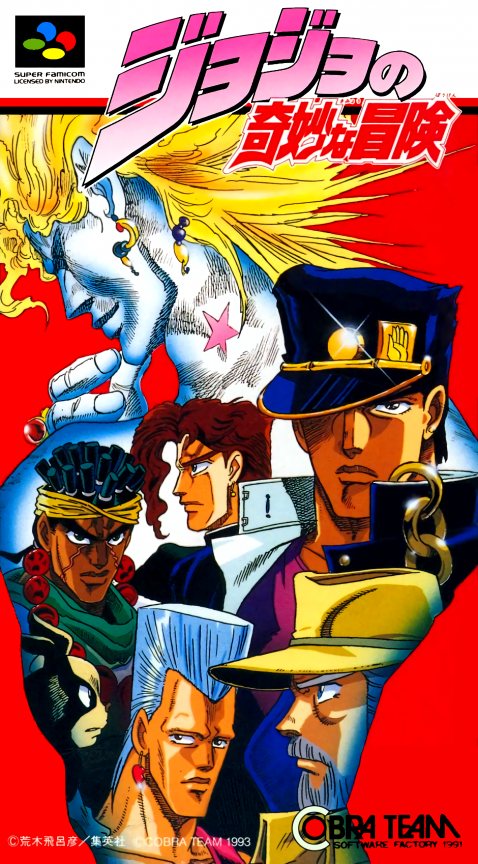 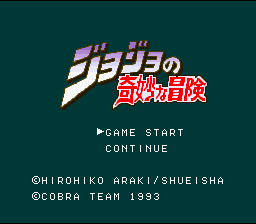 One of the earliest titles based on the animé series Jojo's Bizarre Adventures, this game is not a pure fighter, like Capcom's more known title, but an adventure/RPG hybrid with turn-based fights. In a futuristic world, there lives a young man named Jojo who holds a terrible power within: the power to drain life from enemies. This power is somehow connected to the evil vampire Dio who is terrorizing the world. Jojo must find faithful companions on his quest to restore peace and to master the power within himself. In this game, you navigate Jojo in an adventure-like fashion, viewing the hero from third-person perspective. You can call up a menu at any time to choose a command such as "Look", "Talk", etc. Being a Japanese adventure, the game doesn't contain puzzles. from time to time, you'll be attacked by enemies and will fight them in turn-based combat viewed from first-person perspective. Jojo and his party members possess the so-called "stands", super-powerful creatures you summon during fights. before each fight, you'll have to choose one of fice available tarot cards to determine the amount of luck and compatibility of the stands you'll have in the game. 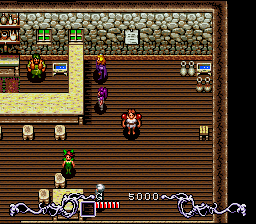