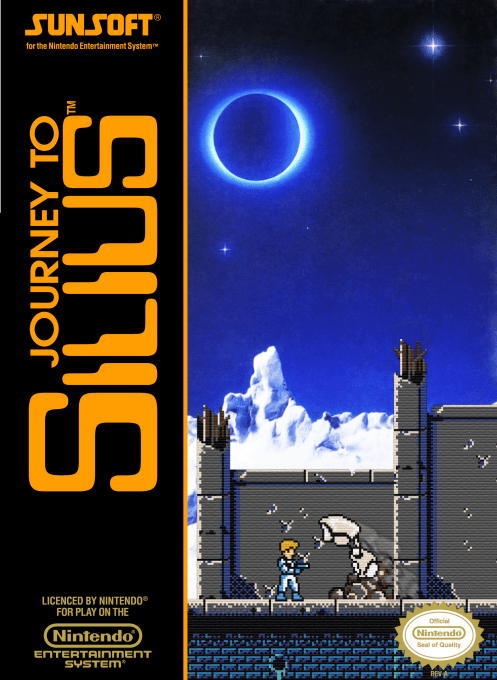 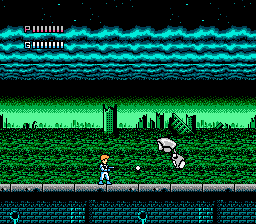 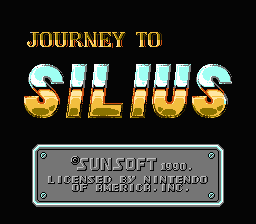 The year is 0373 in the new space age calendar. The earth's population is growing rapidly, and people are now forced to start space colonies. Jay McCray is among those leaving earth and heading to the colony in the Silius solar system. Unfortunately, terrorists have destroyed a research colony there. Jay's father was killed in this attack, and now Jay vows to destroy the terrorists responsible and to continue the research his father was working on. Journey To Silius is a side scrolling platform game. On each level there are a wide variety of robot enemies guarding the terrorist's fortress, along with several weapons to find which make your mission easier. There are a total of six stages, each ending with a very large boss.