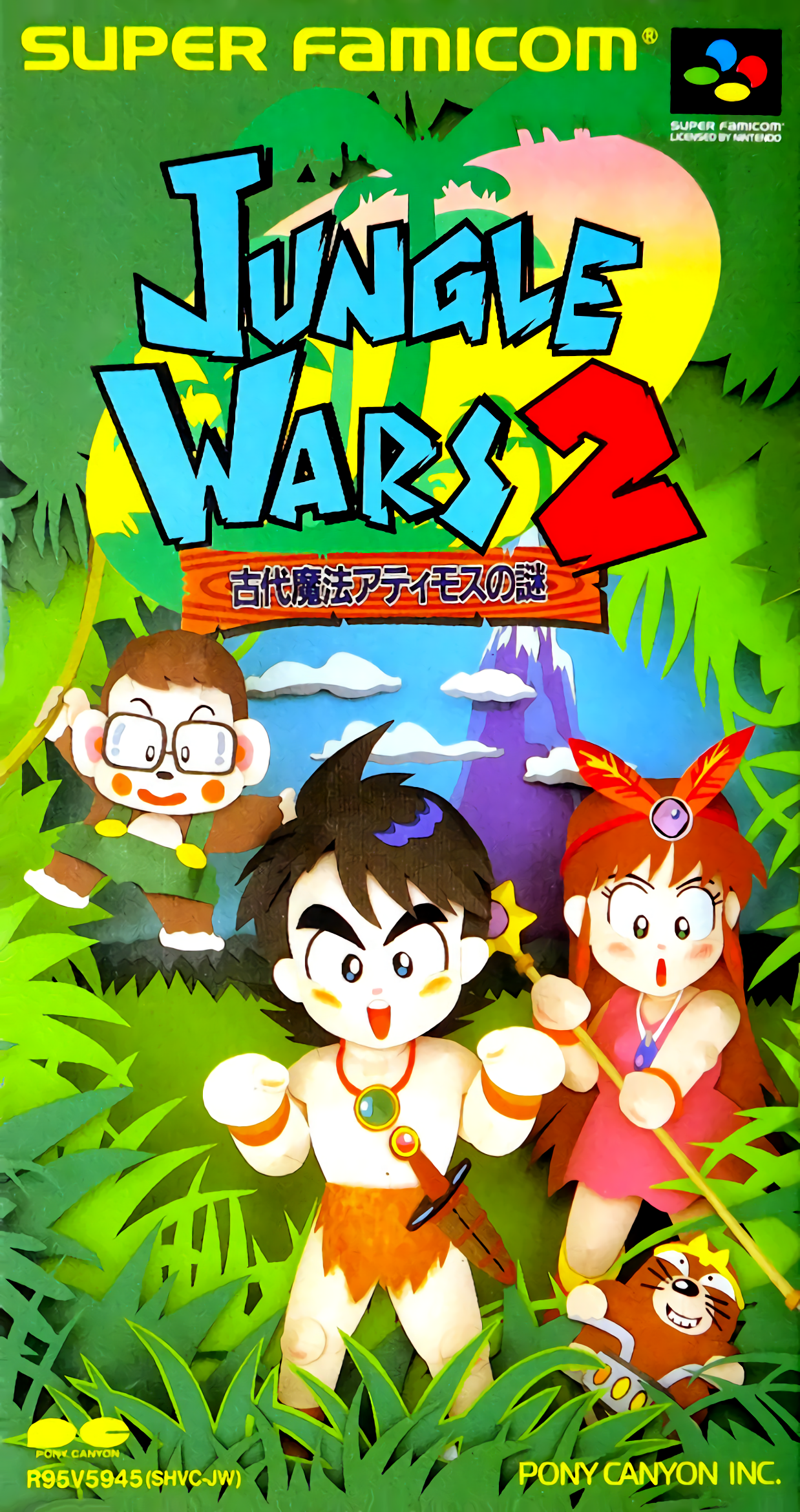 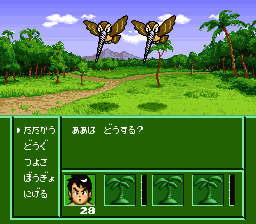 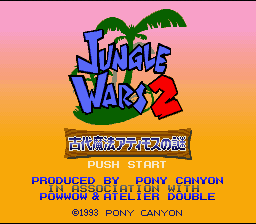 In "Jungle Wars 2", the world is populated not only by humans, but by intelligent animals who behave like humans and have their own villages and clans. You play the role of a nameless young boy from a small village somewhere in the West. Your father sends you to a nearby cave to investigate the strange occurrences that were taking place there lately. You encounter a group of rats belonging to the UrUr organization, and the mysterious King Rhinoceros. The investigation leads you further as you realize King Rhinoceros and his henchmen are after the secrets of the ancient Atimos civilization, which is guarded by seven animal sages living in different places in the world. Together with the friends you encounter on your journey, you decide to discover the secrets of Atimos and to stop the villains' plans. "Jungle Wars 2" is a traditional console-style RPG. You navigate your party on the world map, visit towns and villages, descend into dungeons, encounter random enemies and bosses, and fight them in turn-based combat viewed from first-person perspective. The girl Mio who joins your party at a certain point is able to use magic, while some characters have a limited amount of attacks and cannot use items.