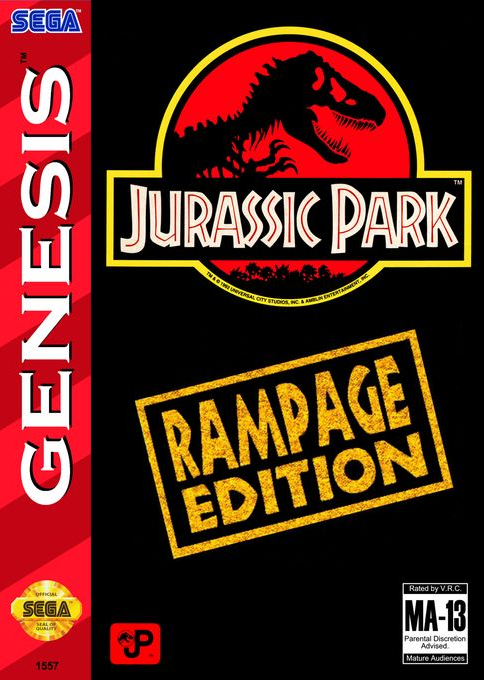 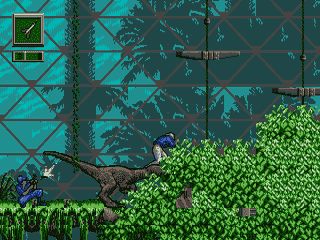 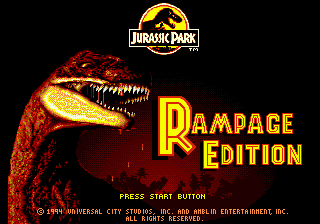 Jurassic Park: Rampage Edition is the sequel to the first Jurassic Park game on Genesis and mostly looks and plays like the predecessor. It is also a side-scroller. In this game you play as Dr. Grant. The big difference with the first game is that there are more enemies to defeat. In addition to the dinosaurs you have to defeat many InGen agents. The reason is that they are trying to recapture dinosaur DNA and eggs to build a new park or an army of dinosaurs.