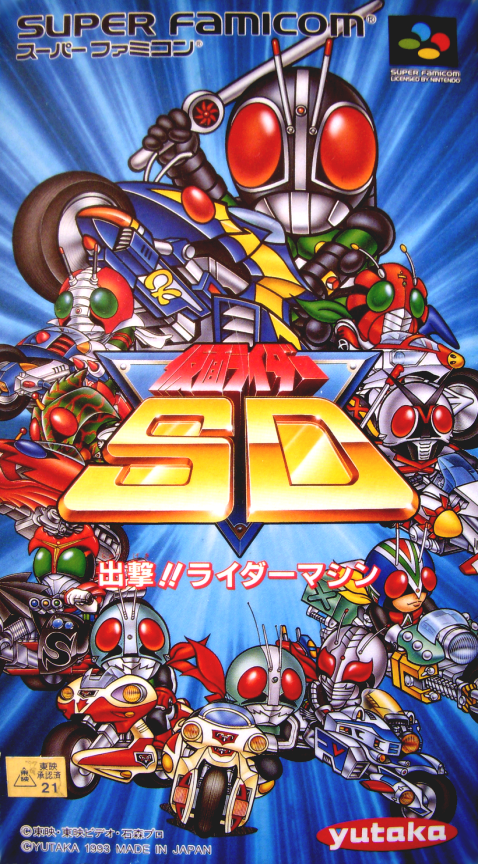 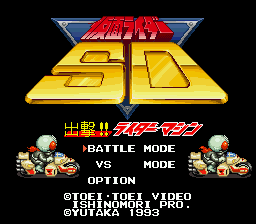 Kamen Rider SD: Shutsugeki!! Rider Machine brings together all ten showa era Kamen Riders to do motorcycle combat with an army of Shocker soldiers. Each Episode starts with an introduction by "Oyassan" Tachibana, and stars a different Rider with his own unique special move. Episodes are broken up into six levels of combat against several Shockers riding their own motorcycles or cars or other vehicles, followed by a boss battle in the seventh level. After levels 2 and 5 the Kamen Rider will repair any damage and be able to choose from one of 4 limited powerups, such as invincibility, super speed, or a machine gun. Most of the time Kamen Rider will defeat enemies by riding alongside them and punching them, and enemies will try to do the same to ram or shoot him.