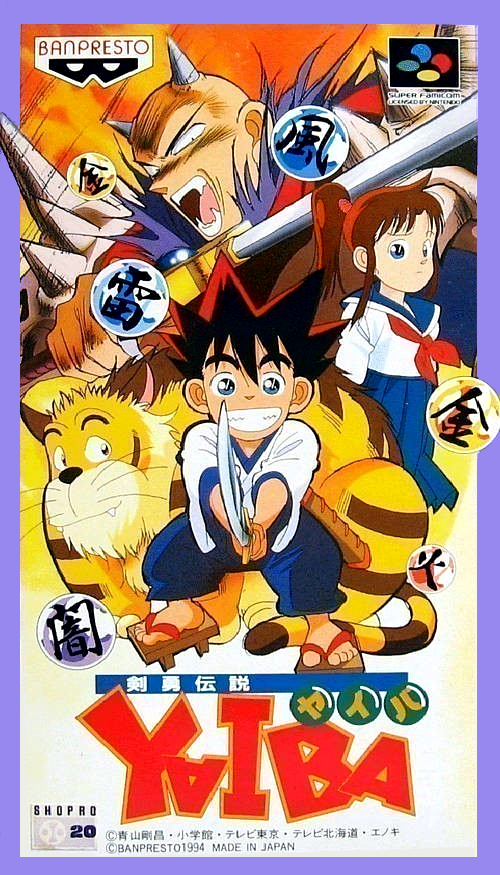 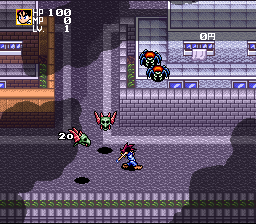 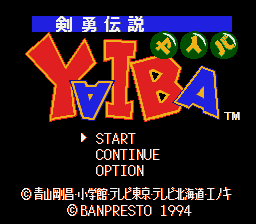 The game is based on the animé series The Legend of the Swordsman Yaiba. Yaiba Kurogane has been raised by his father in a jungle, training to become a samurai warrior. When Yaiba arrives at Tokyo to continue his training, he stays there at the house of his father's old rival, Raizou. Later Yaiba meets Takeshi Onimaru, an exceptionally talented apprentice swordsman, who soon becomes his biggest rival. One day Onimaru discovers a trap door leading to a secret room, where he finds two huge statues of ancient gods - Fuujin, the wind god, and Raijin, the lightning god. Onimaru realizes the swords of those gods hold an immense power, trains with the sword of the Fuujin, and becomes possessed by it. He sets out on a journey to find the other sword, causing the forces of evil to appear. It is now up to Yaiba to stop his rival and to make an end to his insane plans. The game is as action adventure/RPG with elements of a fighting game. You fight enemies in real-time combat. You can use a variety of moves and special attacks, defend, and jump. There is also a two-player mode, in which players control Yaiba and his rival.