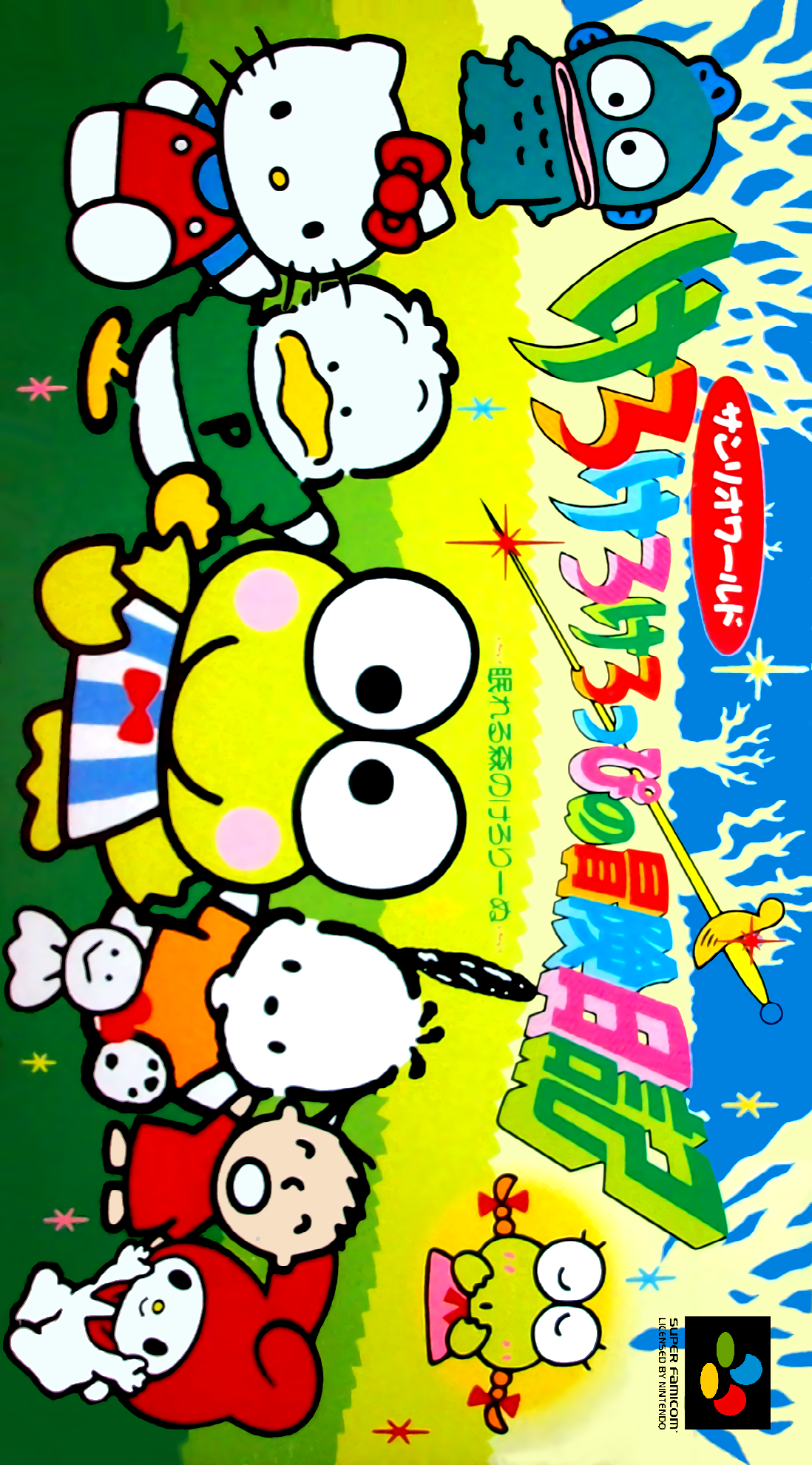 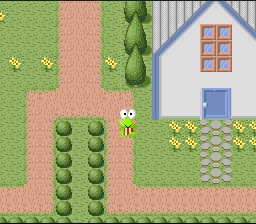 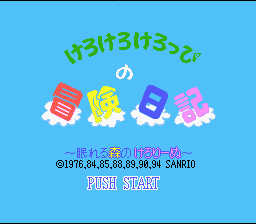 The game is based on the popular Sanrio's animé-style fantasy characters, mainly Kero Kero. You play as a little frog-like creature Keroppi from KeroKero village. One day, Keroppi and his girlfriend Keroleen go to the nearby forest. When they make a lunch break and prepare to eat some tasty donuts, it suddenly becomes dark, and then Keroppi realizes he is all alone in the forest! Keroleen has been kidnapped by a mysterious evil force. Keroppi decides to travel around the world and to save her! Kero Kero Keroppi no Boken Nikki is an introductory Japanese-style RPG best suited for younger players. You encounter random monsters and fight them in turn-based combat viewed from first-person perspective. Later, two other characters join Keroppi on his quest to save Keroleen. You visit various towns and level up at certain points in the game, regardless of the amount of monsters you defeat. 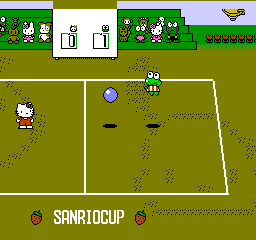 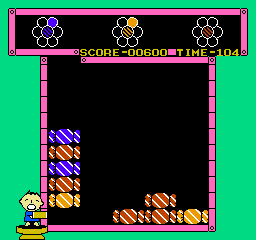 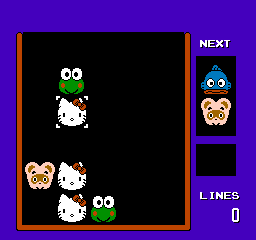