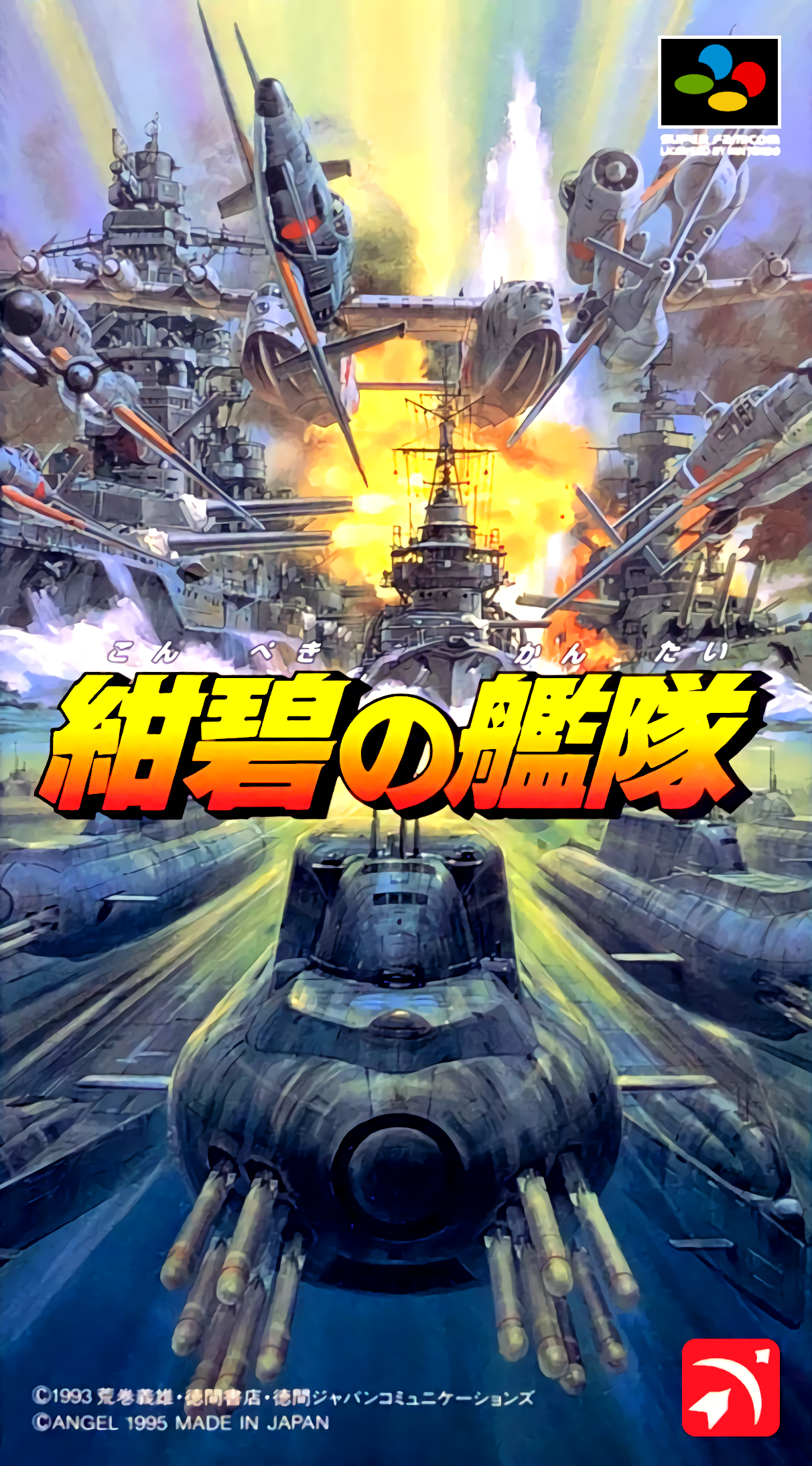 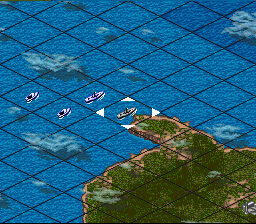 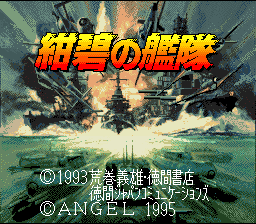 Konpeki no Kantai ("Deep Blue Fleet") is a naval combat strategy game for various Japanese systems. Originally released on the PC-FX console in 1995, it was quickly ported to 3DO and Super Famicom the same year with different developer/publisher teams. The game is based on an original video animation (OVA) that reimagines the Pacific Theater during World War 2 in which the Japanese navy had a significant advantage that would lead to a different outcome to the global conflict. This advantage is the eponymous submarine fleet, which proves to be almost unstoppable. The OVA was in turn inspired by a novel by Yoshio Aramaki of the same name. The gameplay depicts each mission, taken from the OVA, as an isometric grid-based conflict between the player's forces and the enemy's fleet. In most scenarios, the enemy fleet belongs to the United States Navy. Different types of ships serve different applications in combat.