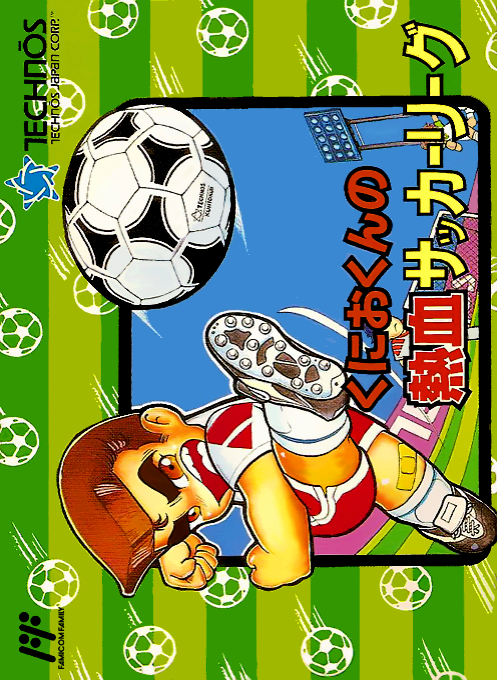 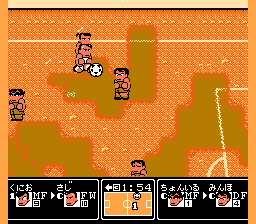 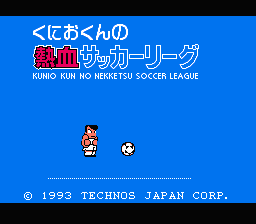 Japanese-only sequel to Nintendo World Cup which features a football-savvy Kunio joining the Japanese team for the added extra punch of gang fighting action. The game looks and plays pretty much as the original with you controlling a lead character across a side-scrolling court and having minimal control of whether the AI players pass or shoot the ball. Unique to the sequel are more extensive fighting options and the ability to dash and jump, which opens up a whole new arsenal of moves. New graphic features include weather effects and different courts to play in. As with the original the game supports 4-player gameplay and includes a league mode (1P tournament), Vs and a special penalty shootout vs mode. 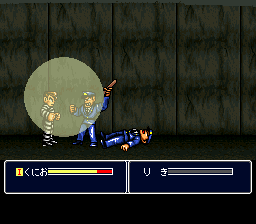 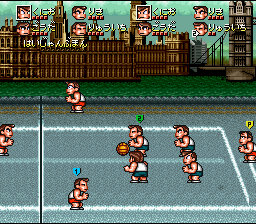 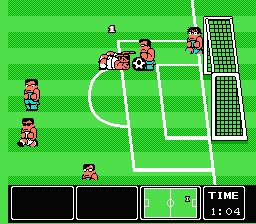 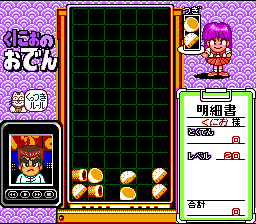