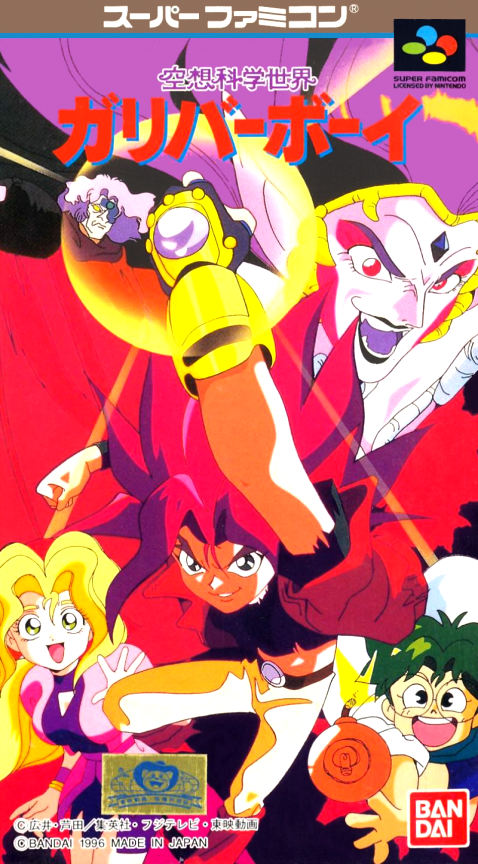 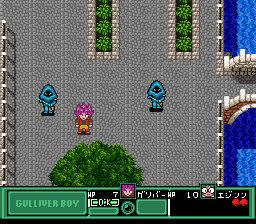 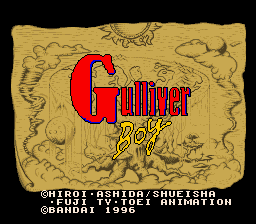 You are a boy named Gulliver, who lives together with his two best friends - the girl Misty and the young inventor Edison - in Venice, Italy. The evil Prince of Spain, Judou, is after the mysterious Blue Crystals who grant immense power to those who possess them. Gulliver's father was apparently connected to the secret of the Crystals, and was mercilessly killed by Judou. Now Gulliver swears revenge and embarks, together with Misty and Edison, on a grand journey that will take him to several cities and countries all over the world, from Rome to Himalaya. The game is an action RPG in which you can switch characters. Each one of the three heroes has his/her own attacks: Gulliver is a melee-style fighter, Edison can throw expendable bombs at enemies, and Misty can attack with magical spells. Whenever you switch to a different characters, the inactive characters in your party gradually regain their hit points. There are no weapons and armor to buy or to find in the game, but the character level up and become stronger from defeating enemies, and collect items those enemies drop.