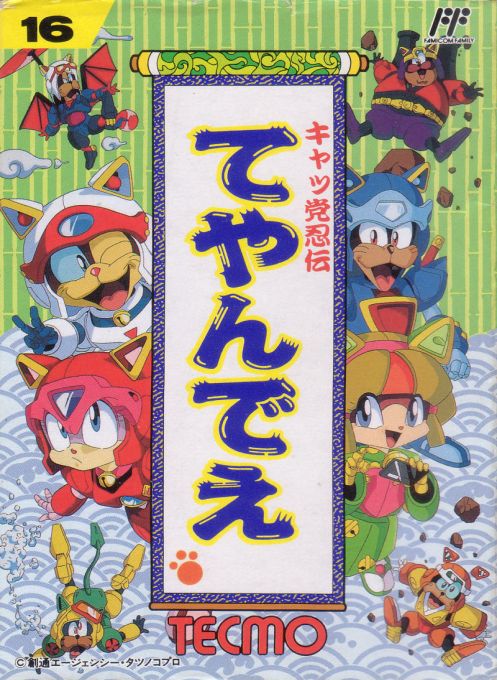 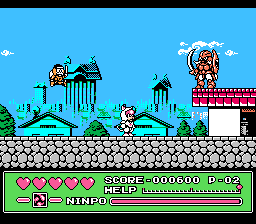 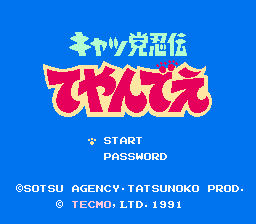 Edoropolis is home to a race of Animaloids, anthropomorphic animals which are a combination of flesh and cybernetic body parts. They are ruled by Shogun Tokugawa Lei Lei and his daughter, Tokugawa Usako. Unfortunately for them, the Prime Minister Kitsunezuka Ko'on No Kami is actively trying to depose both of them and wants to assume power by force! He's always got a plan up his sleeves, usually involving attacking the city using an army of Ninja Crows, led by Karamaru and Karasu Gennarisai (who also serves as Ko'on No Kami's advisor). It's here where Inuyama Wanko-no-Kami, Chief of the Palace guard, steps in - by bringing in the Secret Ninja Team Nyankii! Whenever Wanko-No-Kami hears that Ko'on No Kami is plotting something, he dispatches the Nyankiis from their secret base at the Pizza Cat Restaurant so they can stop him before he is successful. However, there are rumors that a foreign scientist called Dr. Purple is aiding Ko'on No Kami... but for what purpose? What could Ko'on No Kami be planning this time? Kyatto Ninden Teyandee is a side-scrolling action game in the tradition of Ninja Gaiden, and it is based off the Japanese TV show produced in 1990 by Tatsunoko Productions and Sotsu agency. There are eleven stages in total, and you can play as any of the three main Secret Ninja Team Nyankii members: Yattaro, leader of the team, who uses his Cat's Eye Sword as his main weapon; Pururun, the only female on the team, who attacks with projectiles and her razor-sharp nails; and Sukashii, who uses an umbrella to dispatch his enemies. By pausing the game, you can switch out and change places with one of the four Rescue Team members in order to use their special abilities: Rikinoshin can break boulders, Mietoru can fly for a limited time, Gotton can drill through certain walls, and Nekkii can swim easily and use water attacks. You can only use their abilities for a limited amount of time, which can be recovered by picking up items with a cat paw printed on it. All seven playable characters have an upgradable special move, which can be used by pressing Up + B. Each move is more devastating than the last, but can only be used a certain amount of times, until the Ninpo bar is drained.