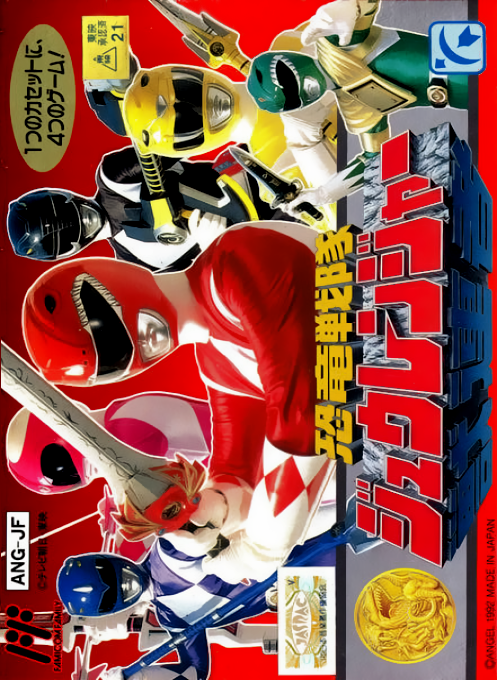 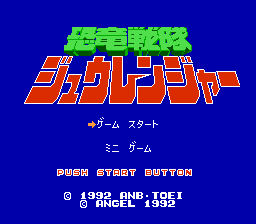 Kyoryu Sentai Zyuranger is a video game based off the Super Sentai series of the same name. It was released for the Family Computer (or Famicom; known outside Japan as the Nintendo Entertainment System) by Angel Studios, and published by Toei. It is a side-scrolling action game in which the player takes control of a different Zyurangers in each of the game's five stages. The game includes two difficulty settings and a password feature. The player begins the game as Boi in the first stage, followed by Mei, Dan, Goushi and Geki in subsequent stages. Each Zyuranger begins his or her stage wielding the standard Ranger Gun, which can be replaced with the character's corresponding Legendary Weapon by finding the entrance to Barza's room in each stage. Each stage also contain ten scattered coins which will replenish the player's life gauge completely when fully collected, as well display a still of the character's mecha and its specifications. At the end of each stage, the player will confront one of the main villains from the show. The villains faced are Pleprechuan, Tottpatt, Bookback, Grifforzer, and Bandora herself. Between stages, the player will be challenged to one of three possible minigames by Burai the Dragonranger. These consist of a trivia game where Bandora will ask the player a question related to the TV series, a Pong-style game between DaiZyujin and the Dragon Caesar, and a hot potato-style game between GÅryÅ«zin and Lamy. These minigames are also accessible from the main menu and can be played with a second player. 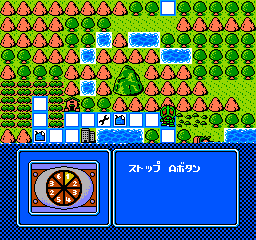