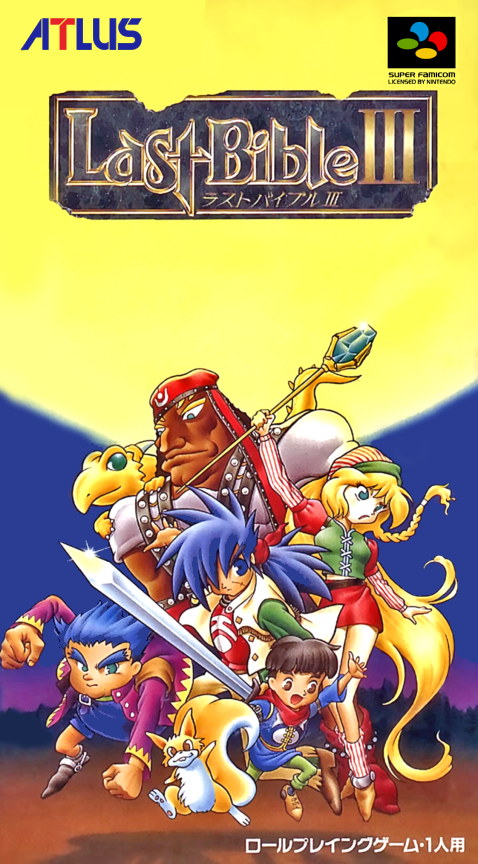 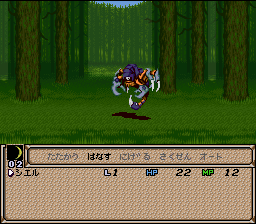 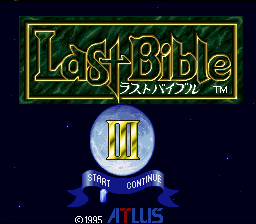 "Last Bible III" is a sequel to two Last Bible games for GameBoy and GameBoy Color. You control Shieru, a young boy who lives in a small village on a planet with a medieval civilization. With the help of his friends, he should fulfill an ancient prophecy and defeat the evil that threatens the planet. In order to do that, the heroes of the game have to recruit demons who will help them in battles. As a part of Megaten universe, "Last Bible III" is focused on demon summoning and fusion. The concept is more developed in this game, since demons are now fully customizable characters that can level up and be equipped just like human party members. Unlike most Megaten games, "Last Bible III" is set in a medieval environment and has a more traditional flair. The battles are viewed from first person perspective in a standard Megaten fashion, but movement on the world map, in towns and in dungeons is controlled from third person perspective with a top-down view.