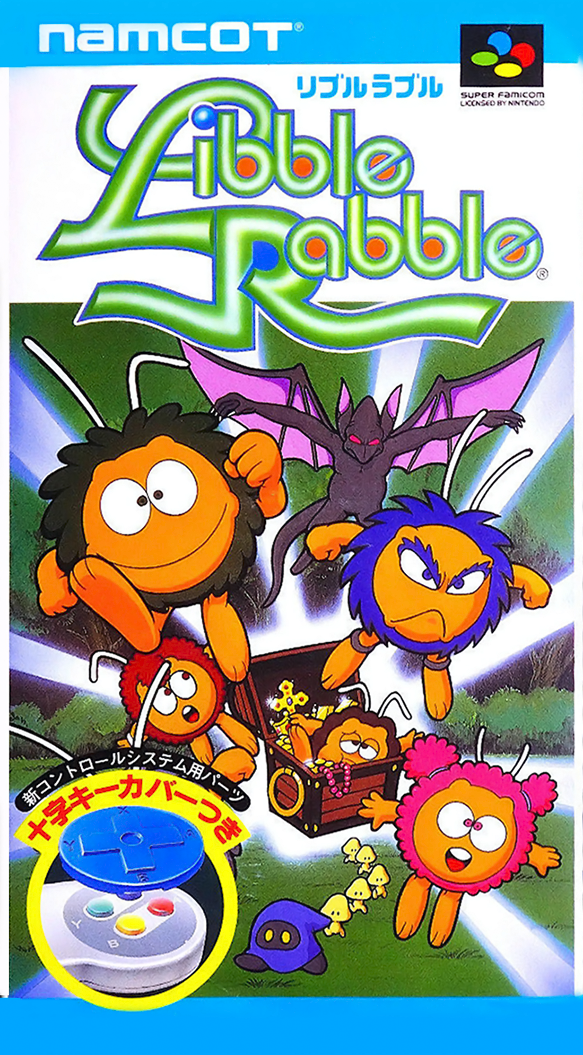 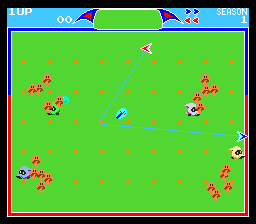 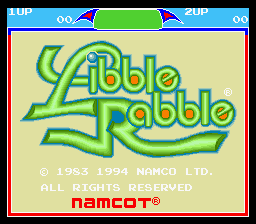 Libble Rabble (?????? Riburu Raburu) is an arcade game that was originally released by Namco in October 1983. It was designed by Toru Iwatani, who had also designed the Gee Bee series, Pac-Man, and Pole Position. It is a curious but challenging game, where the player tries to harvest little mushrooms (Mushlins) while avoiding various enemies. It was ported to the Super Famicom in 1994. At first glance, the gameplay resembles Taito's Qix. The player controls two "arrows", one red (Libble) and one blue (Rabble) with a line strung between them. The object is to wrap the line around poles and surround Mushlins and enemies with it. The player can either close the loops themselves (worth more points for the Mushlins) or move both arrows to the same edge of the screen. The player clears a "season" when he or she harvests all the Mushlins.