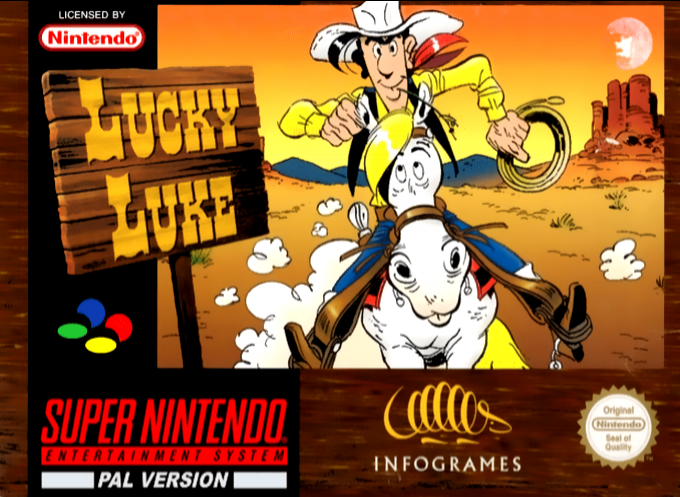 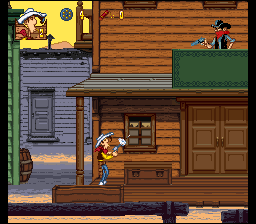 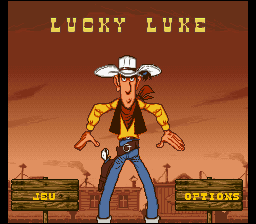 Based on the famous comics series about good cowboy Lucky Luke. In the game you as Lucky Luke have to arrest four Dalton brothers  Averell, William, Jack, and Joe. On your mission you will progress from level to level shooting bad cowboys, jail-breakers, and bad Indians with your revolver; collecting bullets, dynamites, sheriff stars, and other useful items; running, jumping, ducking, and climbing. The locations vary from Forts, Towns, and Jails to Mines, Train, and Saloon with Ghosts. On every level you have to complete different submissions to progress  either to free a Bank Director, or to collect Three Nuggets for Miner to obtain a Nitroglycerine, or to build a Totem for Apaches, etc. At the end of some levels you confront the big boss, it is often the one of Daltons. Different arcade sequences between levels allow you to chase the Dalton brothers or train riding your faithful horse Jolly; to run away from Tornado; and to ride on the raft. Bonus level arcade sequences represent your wrestling challenge with Jolly, bottles shooting, or revolver's barrel roulette. To access the one of the three certain parts of the game you may enter password. The game was made in French/English/German/Spanish. 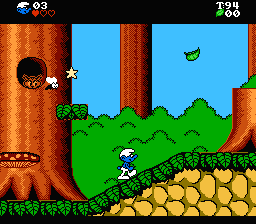 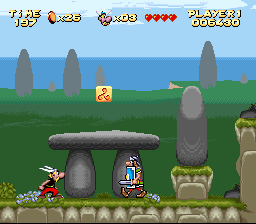 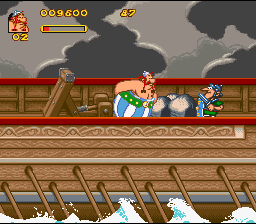 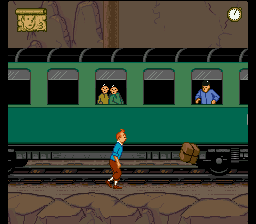