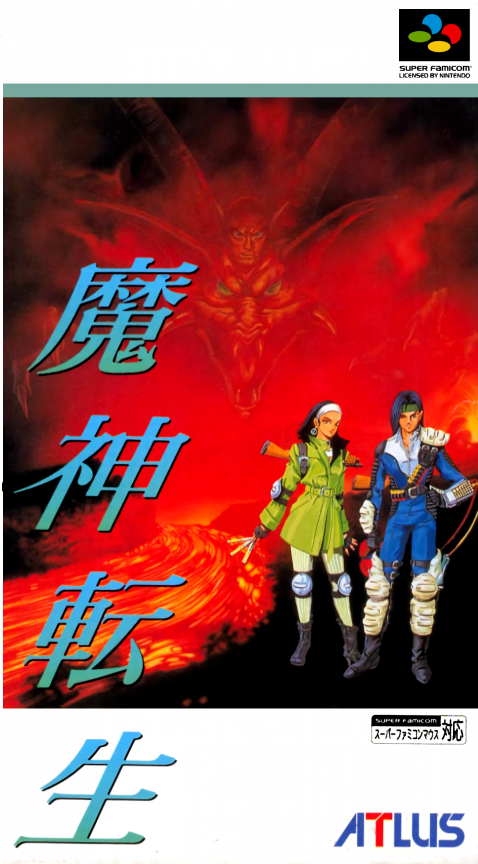 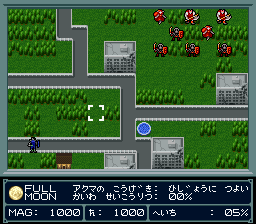 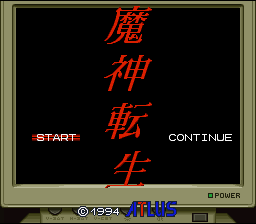 Majin Tensei is the first game in the Majin Tensei series and was released for the Super Famicom. Majin Tensei and its successors put a turn-based strategy twist on the usual Megami Tensei gameplay formula. In the late 1990s, ethnic battles around the world result in a large amount of deaths and a large portion of the world being closed off. Decades later, in 202X, a boy living in Neider Tokyo in the area D-03 suddenly receives a mysterious Demon Summoning Program on his COMP from someone called TAKEUCHI, with demons appearing immediately after. After fighting his way to a mysterious building, he finds a young woman in cryogenic sleep, who decides to join him. There are 3 possible endings: a bad ending, a normal ending, and the best ending.