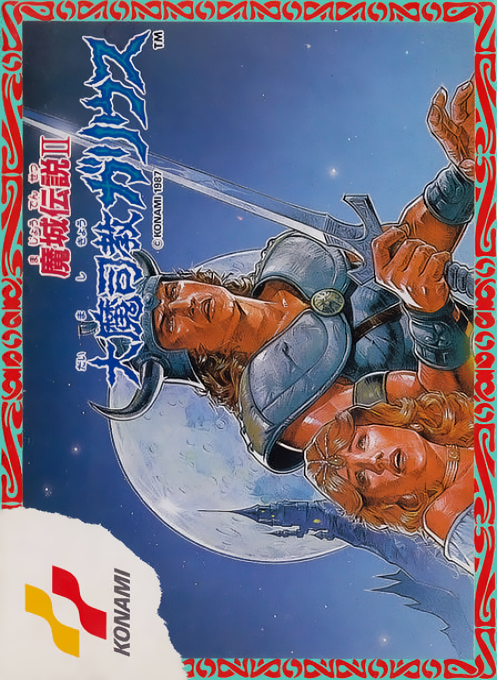 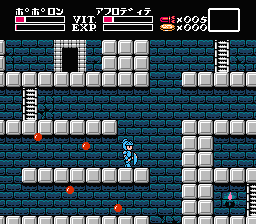 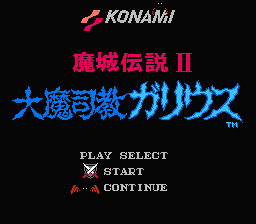 The sequel to Konami's MSX game Knightmare. While the first game was an overhead, vertical scrolling shooter, The Maze of Galious is a side-view, flick-screen platform game. The player controls Popolon and Aphrodite, entering the evil priest Galious' castle to free their yet-to-be-born son Pampas from the priest's evil clutches. Majou Densetsu II: Daimashikyou Galious is a Role-Playing game, developed and published by Konami, which was released in Japan in 1987.