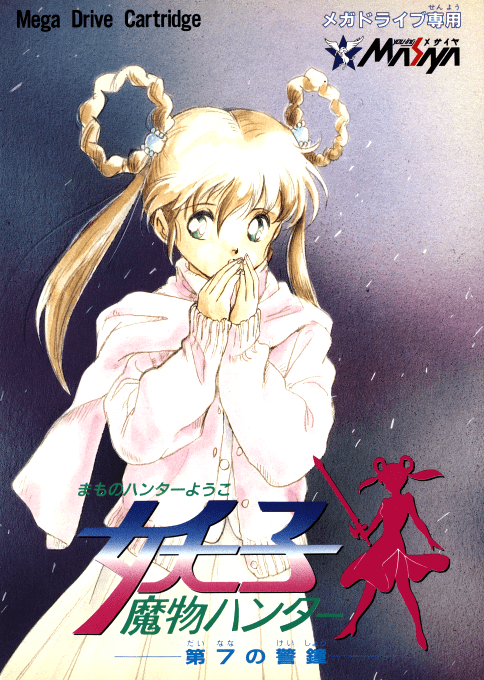 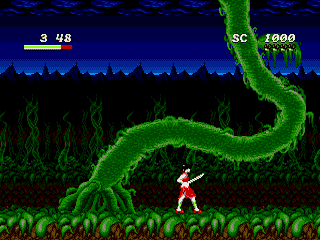 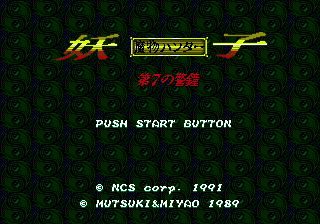 From NCS (the makers of Assault Suit Leynos, Assault Suit Valken, Gynoug, and Shubibinman) comes Mamono Hunter Yoko: Dai 7 no Keisho (or Devil Hunter Yoko: The Seven Bells), one of the only games based on the anime/manga devil slayer of the same name. Devil Hunter Yoko is about Yoko Mano, who was a regular girl making her way through high school--until she learned that she is the 108th successor to a line of warriors charged with defending the earth against demons. Every woman born into the Mano family has taken up the role of the legendary Devil Hunters, warriors who battle demons and other forces of darkness who threaten Earth. The realm of the demons (which is parallel to our world) is in cross-dimensional alignment with our own, which could cause a portal to open, allowing the demons to cross over, and launch an all-out attack. The demons are trying to destroy Yoko before she can take her rightful place as the 108th generation Devil Hunter. She must stop the demons before they can perform the ritual that will mean the end of the human race. Mamono Hunter Yoko: Dai 7 no Keisho is a side scrolling action/platformer game along the lines of Valis. You control Yoko who is equipped with a sword, which you use to slash your enemies. Also if you hold the attack button you can create a shield which will block weak attacks. The shield can also then be thrown to attack enemies. You play through various different worlds, such as a plant type stage, a water stage, a cave stage, a snow stage, etc.