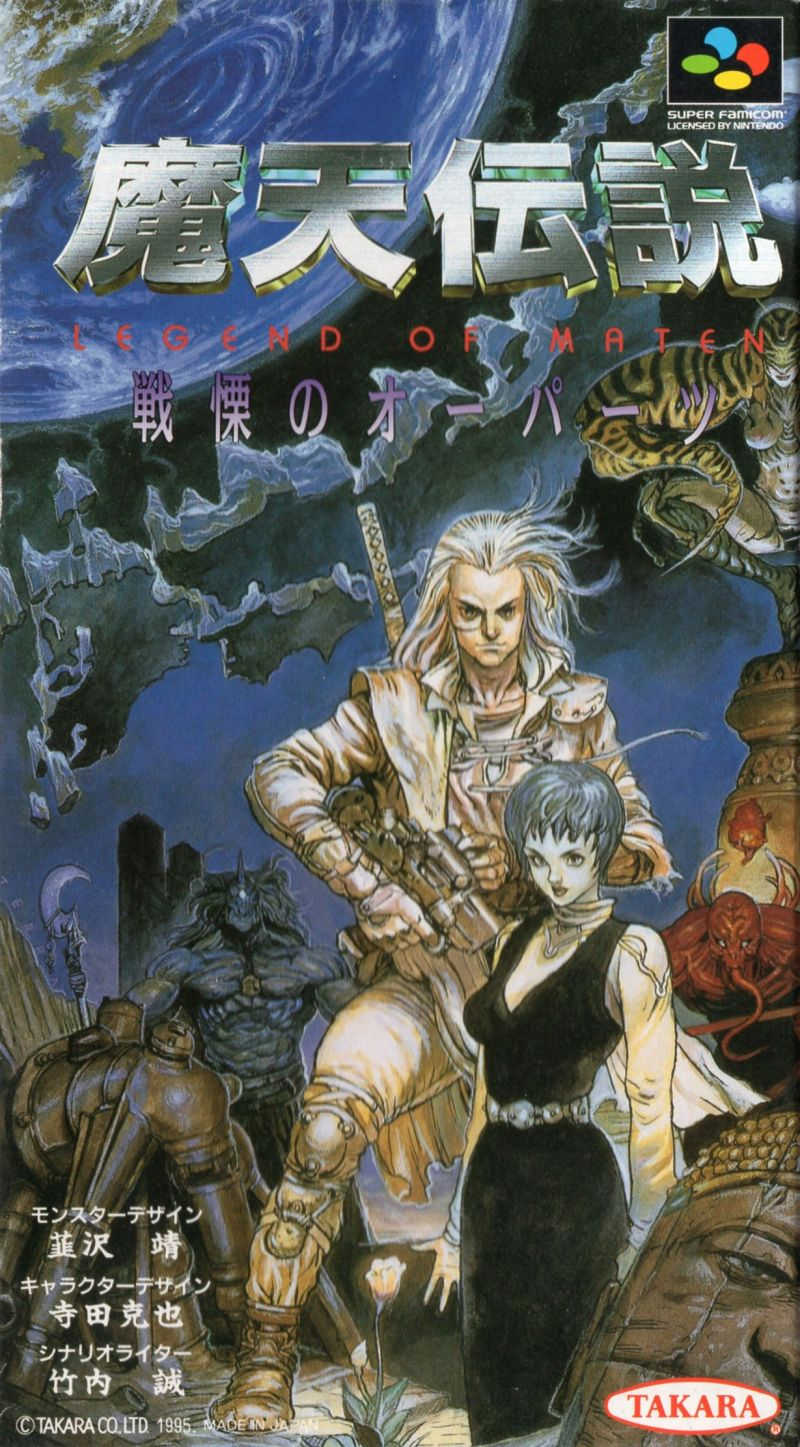 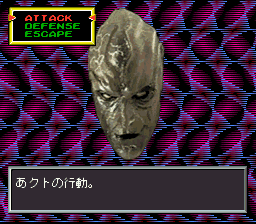 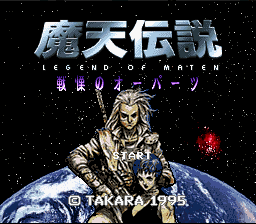 "Maten Densetsu" is a RPG set in post-apocalyptic Japan, similar in style and in gameplay to Shin Megami Tensei and other Megaten games. You find yourself in the middle of the Tokyo district Akihabara. But is this really Akihabara? The buildings have turned into ruins, and you wander around the deserted streets without any idea of how you could possibly be in such a place. A strange giant head appears in front of you, and defeats you in battle. When you wake up, you find out that Japan is floating in the air, and is attacked by a mysterious force that spawned countless demons who brought destruction to the cities. People are hiding among rubble and in underground passages. Some of them are fighting the demons, joining an organization called Self-Defense Forces. The hero's first objective is to find a way to his home district Shinjuku, where he will obtain more information about the power that threatens Japan, and discover mysterious artifacts from an unknown civilization, called ooparts (out-of-place artifacts). You can play as either one of the five characters presented to you in the beginning of the game: Rage, Rai, Hokuto, Seigi, and Daigo, each one having his own initial strengths and weaknesses. The entire game plays from first-person perspective. You navigate a cursor over the city map and check out your radar device to find out places of interest. The claustrophobic, extremely complex first-person 3D dungeons have a distinct Shin Megami Tensei flair. The battles are random and turn-based. Your main character doesn't gain levels, but instead accumulates energy points which can be then distributed freely to raise his strength, mental power, defense, etc. Certain characters join your party later in the game, and there are also friendly demons who would join you if you choose a correct way of behavior when you encounter them. 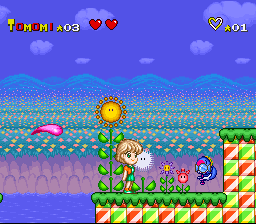 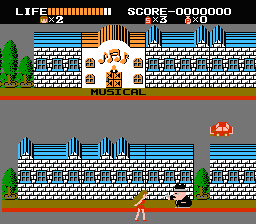