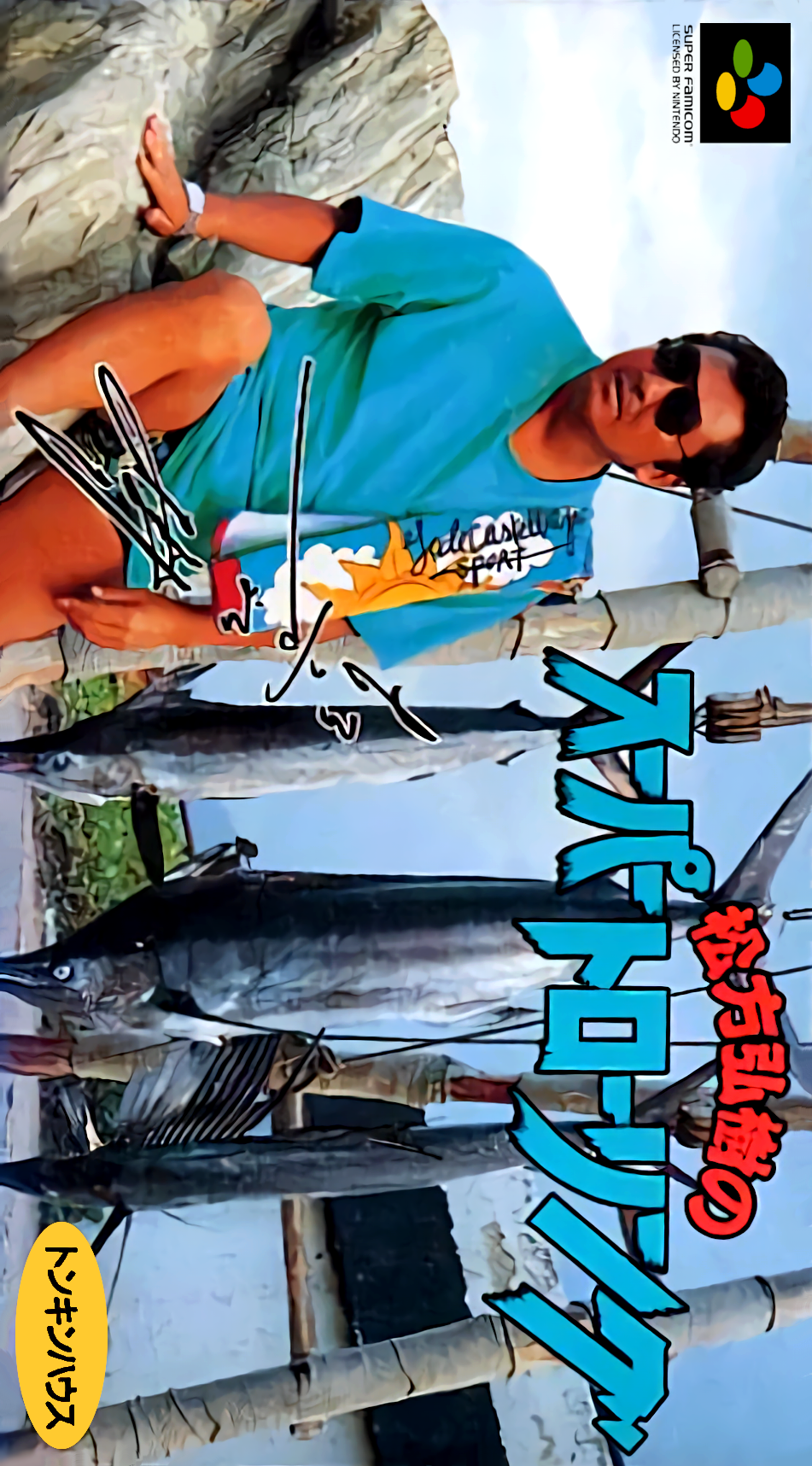 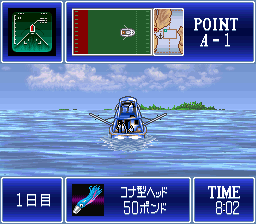 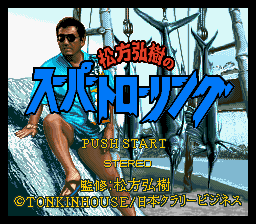 Matsukata Hiroki no Super Trawling ("Hiroki Matsukata's Super Trawling") is a fishing game for the Super Famicom featuring actor and enthusiastic angler Hiroki Matsukata, best known for his tough guy roles in yakuza movies. The player travels to exotic fishing locations across the globe, looking for especially large fish such as blue marlin. The game also requires that the player fights the fish, wearing it out before they can drag it into their boat. The game's competitions require that the player throw back any fish below a certain weight, and there's a time limit to find a winning fish.