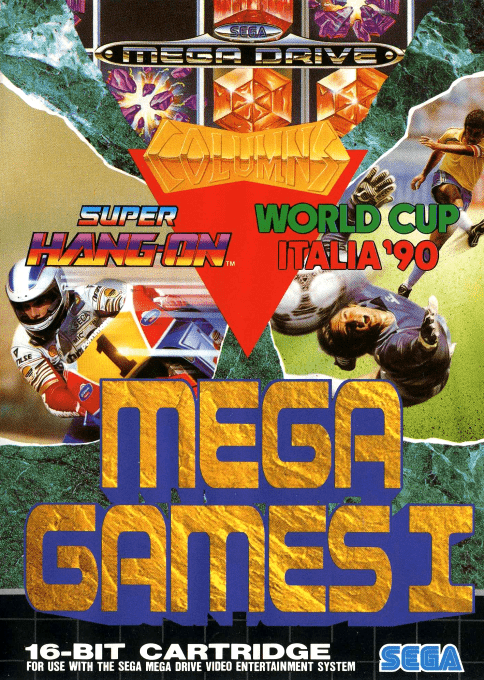 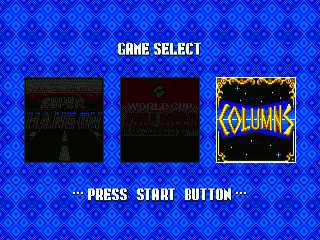 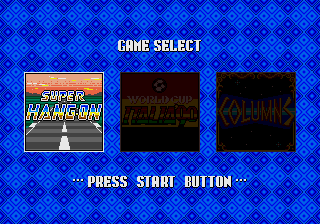 Mega Games I, released as Triple Score: 3 Games in 1 in the United States, is a compilation initially released for the Sega Mega Drive in Europe in 1992. It was the first of three similar compilations, being followed by Mega Games 2 and Mega Games 3. In the North American version, the World Cup Italia '90 tournament license was removed and replaced with World Championship Soccer. 1. Columns 2. Super Hang On 3. World Cup Italia '90 ou World Championship Soccer