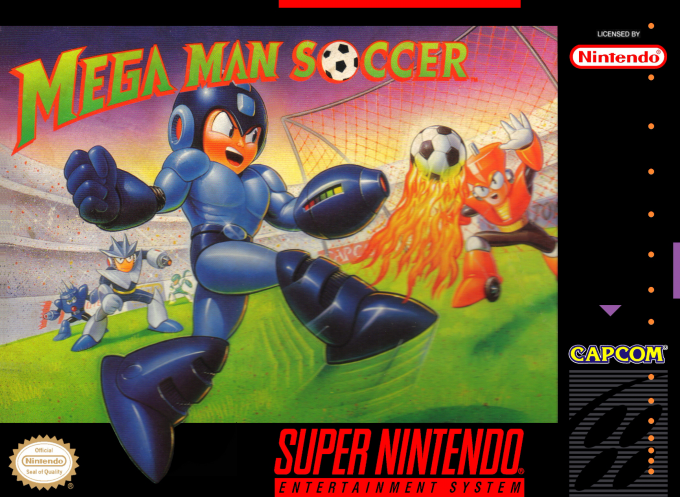 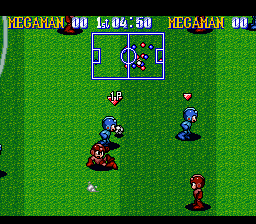 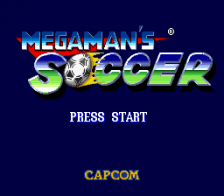 Dr. Wily, angered at being foiled once again decides to send his robots to the soccer field. Dr. Light immediately responds by forming a soccer team of Mega Mans to counter Dr. Wily's latest scheme. Mega Man Soccer is an overhead view soccer game featuring characters from the Mega Man series. Players begin by selecting either Exhibition, Tournament, League or Capcom Championship modes. Depending on the mode, a team must be formed using either all of one type of robot, or a mixture of different types assigned to different positions on the field. In any case, each soccer team has 8 players on the field including the goalie. The goal of each team is to score on the net of the opposing team, earning points to win the game. The action follows the ball as it is tossed around the field from player to player. Once a player's team member has the ball they can choose to pass it to another teammate, shoot the ball straight ahead or perform a clearing kick (if the goalie). If the player does not have the ball, they are given control of the nearest player to the ball and can slide tackles or shoulder tackles to try to gain possession. Each type of robot has a special move that can be initiated.