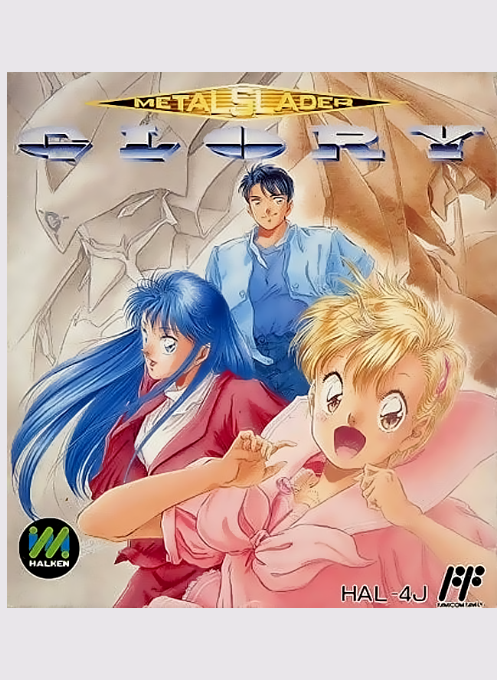 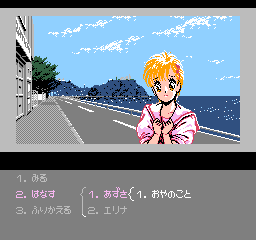 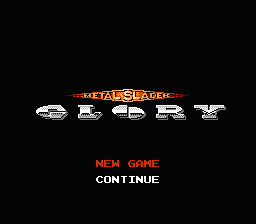 Metal Slader Glory is a graphic adventure game where the player interacts with the protagonist's surrounding via a menu-based commands. The commands the player can choose varies between context, which usually ranges from talking to supporting characters to investigating the surrounding. The player must explore every possible option in order for new choices to appear. However, if the player makes a wrong selection, the game will end and the player must restart the game from where they left off. The player can quit at any point of the game and continue later via a password feature. The game takes place eight years after a great war was waged between colonies in outer space, and peace has finally settled back onto the Earth. The main character, a 17-year-old war orphan named Tadashi Himukai, purchases a used worker-mech in order to start a construction business with his girlfriend, Elina Furfa. However, when he first activates it, the worker-mech disguise falls away, revealing a combat model Metal Slader, which were all supposedly dismantled after the war, and an enigmatic message is displayed in the cockpit: "EARTH IN PERIL... SEEK THE CREATOR". Prompted by this warning, Tadashi, his sister Azusa, and Elina head out into space to find the answers behind it. It was the final game released by HAL Laboratory as an independent third-party developer before their buy-out by Nintendo. The game's story and character designs were done by manga artist Yoshimiru Hoshi, who loosely based the game on his 1984 manga Akûtensô Fixallia 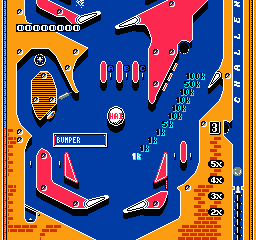 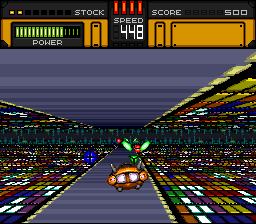 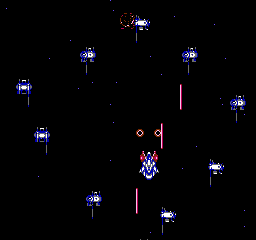