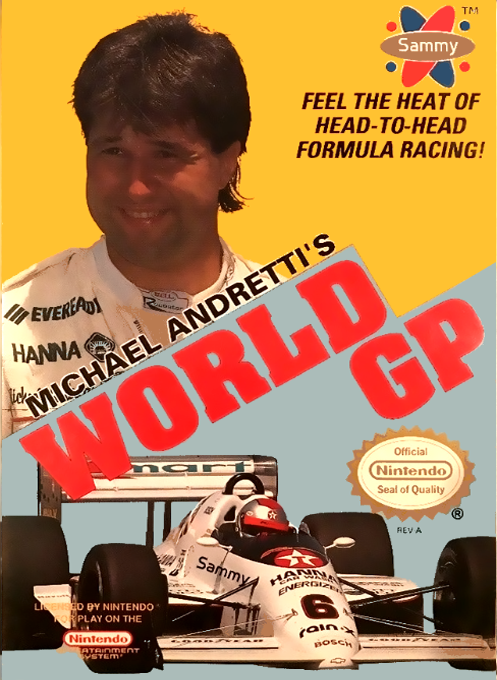 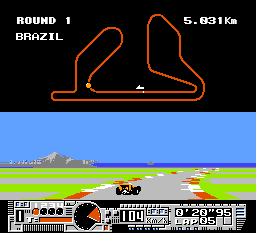 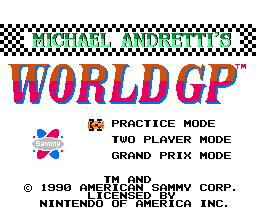 Michael Andretti's World GP features 16 unique courses located in Brazil, San Marino, Monaco, Mexico, Canada, United States, France, England, West Germany, Hungary, Belgium, Italy, Portugal, Spain, Japan, and Australia. Each track can be played either in single player mode or in head-to-head 2-player action on a split screen. There are 4 different cars to choose from and manual shifting is a consideration during racing, a facet often overlooked in simpler NES racing game scenarios. While the star of the game is Michael Andretti, who pops in before each race to offer useful advice about the current track, the game also has appearances by many other F-1 racing stars.