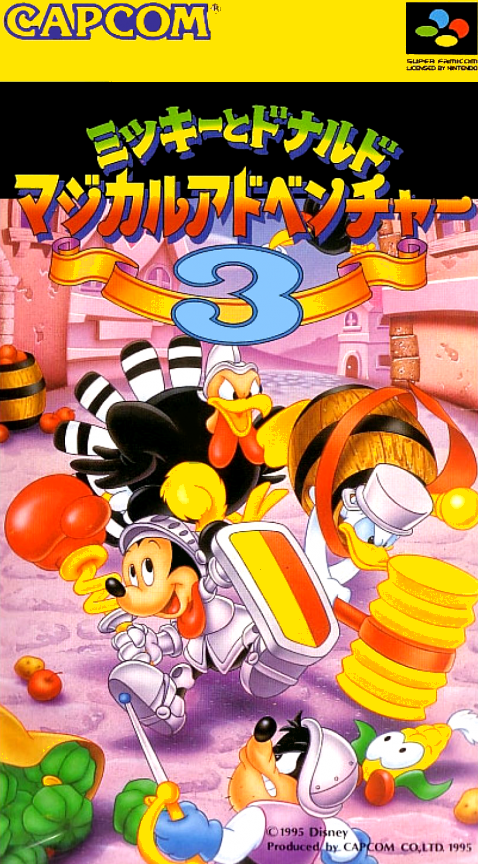 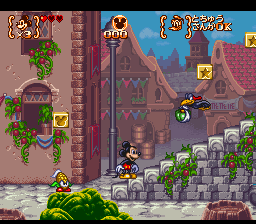 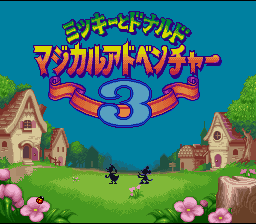 Mickey to Donald: Magical Adventure 3 (the former sub-title translated to "Mickey & Donald") is a side-scrolling platformer developed and published by Capcom for the Super Famicom exclusively in Japan on December 8, 1995.nnnnThe sequel to The Great Circus Mystery Starring Mickey & Minnie (and the third and final game in Disney's "Magical Quest" trilogy), Magical Adventure 3 follows Disney mascots Mickey Mouse and Donald Duck as they traverse through Storybook Land to rescue Donald's duckling nephews Huey, Dewey, and Louie from the evil King Pete.nnnnAlong with a new fantasy setting, the game revamps both the two-player co-operative and magical costume mechanics by having each costume work differently for each playable character. In addition, players can use their costume's powers for the other player's benefit (for example, Mickey can stand on Donald's barrel armor to float above water).nnnnThe game was later ported to the Game Boy Advance and released in Japan on November 21, 2003. It later received a translated release in North America (on March 19, 2004) and Europe (on June 14, 2005) as Disney's Magical Quest 3 Starring Mickey & Donald.