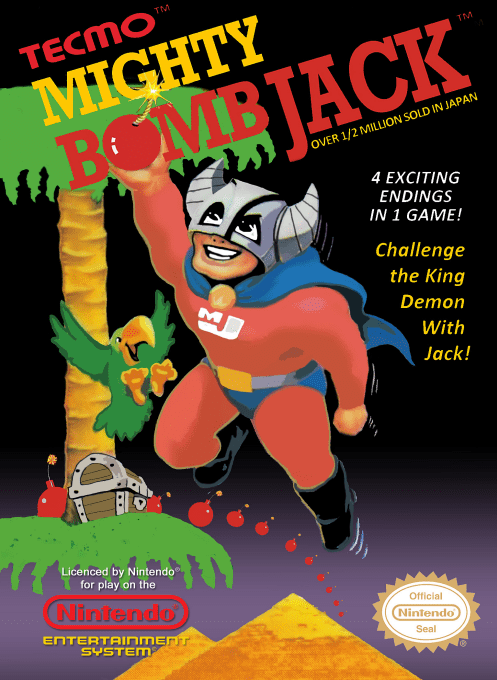 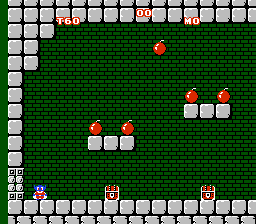 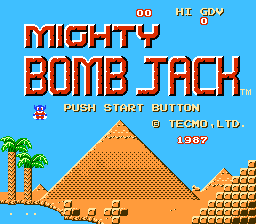 The sequel to the original Bomb Jack, Mighty Bombjack brings side scrolling to the series, and brings it closer to a platform game rather than the arcade / puzzle likeness of the first one. Once again you play as the bomb-hungry caped superhero. Collect the bombs for points and avoid being touched by the different monsters that spawn from crates and the like. The game now features new scenarios like clouds and forests, as well as the usual sphinx and pyramids backgrounds of the original title.