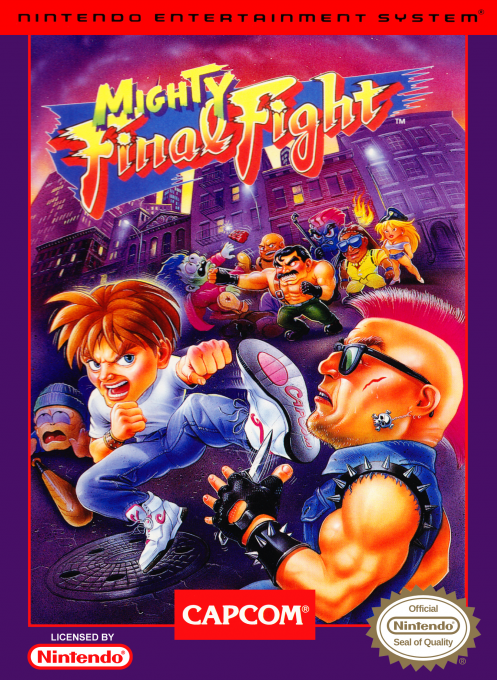 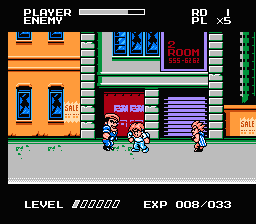 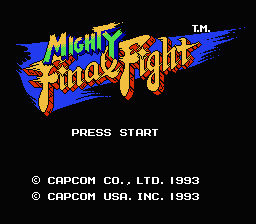 Capcom's only 8-bit port of the Final Fight series, Mighty Final Fight follows the storyline and characters of the first Final Fight game. Mayor of Metro City Mike Haggar, his ninja friend Guy and his daughter's boyfriend, Cody learn that Haggar's daughter, Jessica, has been kidnapped by the Mad Gear Gang whose leader has fallen in love with her, and also wants the meddling Mike Haggar to leave town. Now it's personal! Choosing one of the three fighters, the player embarks on a beat-em-up quest through the streets of Metro City. The game is a side-scrolling beat 'em up and a one-player only game (unlike other Final Fight ports). Also exclusive to this particular Final Fight game is the experience system which allows gaining levels to learn additional moves, similar to the first Double Dragon game. The characters have all been squished down to super-deformed 8-bit likenesses. Graphically this looks similar to River City Ransom. Each character has a button for attack and a button for jumping. Pressing the two together unleashes a character-specific super-move. Various grabbing moves and throws can also be done by moving the player near an enemy.