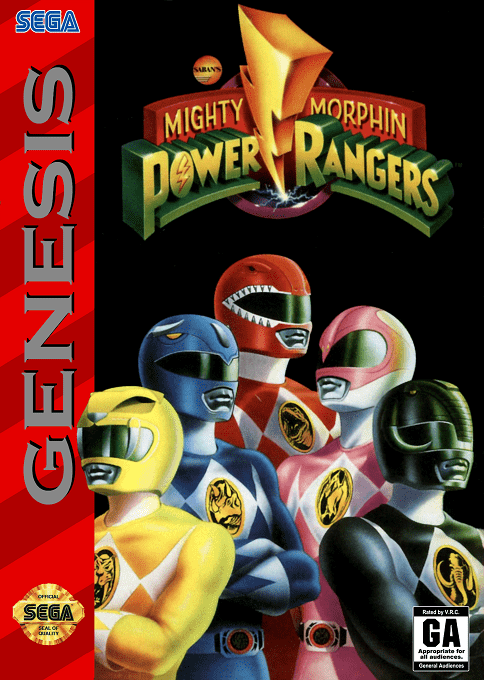 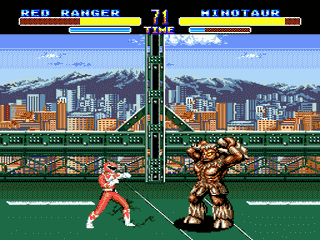 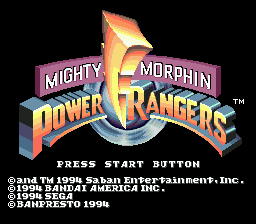 Mighty Morphin Power Rangers is a one-on-one competitive fighting game, featuring two different game modes: a Scenario Mode where the player competes against a series of CPU-controlled opponents, and a Battle Mode for two players. In the Scenario Mode, the matches consist of two segments: the player will fight against a regular-sized monster as one of the Rangers, and after the defeating the monster they will battle a giant version of it. Initially only the five original Rangers and the Megazord are available with the Green Ranger and Dragonzord being locked until they are defeated.