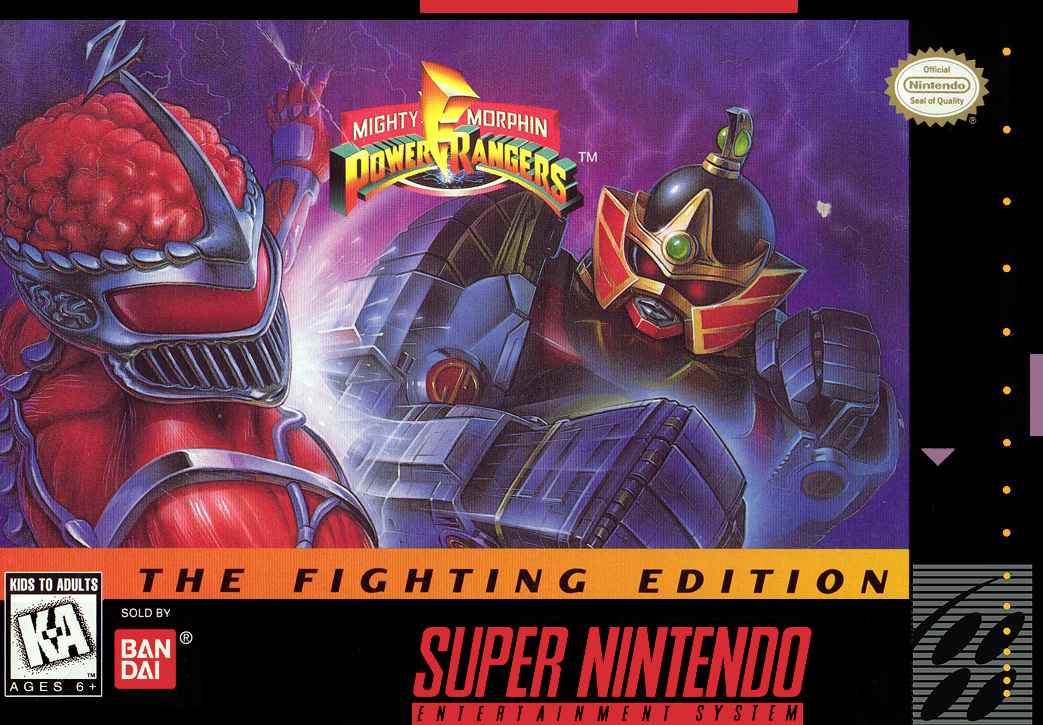 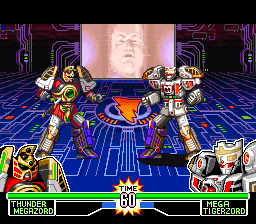 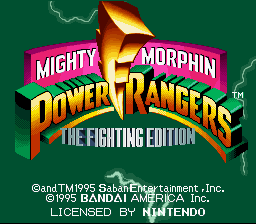 Mighty Morphin Power Rangers: The Fighting Edition is a game directly based on the world-known television series. In this game, you can choice among 8 playable characters: the Power Rangers' Zords (Thunder Megazord, Mega Tigerzord, Ninja Megazord, Shogun Megazord) or some of their known villains (Lipsyncher, Silver Horns, Goldar, Lord Zedd). The title offers 3 game modes: Story Mode (1-Player only), Fighting Mode (2-Player) and Trial Mode (a survival mode for 1-Player only). During Story Mode, the goal is to defeat all the 4 Zords, the 4 villains up to Lord Zedd and last, but not least, Ivan Ooze. In this mode, you can opt by the Thunder Megazord (formed by the 5 original Rangers) or by the Mega Tigerzord (formed in conjunction with the White Ranger). The Fighting Mode is an traditional 2-Player head-to-head combat, where you can choose any of the 4 Zords or even the 4 villains. Trial Mode is a Endurance-like option, and the main goal is to win as many battles as possible using only 1 health bar (that will be partially replenished after each battle). As well as many fighting games, you can take advantage of a Power Bar (here, it fills automatically): if you execute a Super Move when this bar is flashing, it will be cause more damage, besides increasing 1 level. Once you having reached its maximum status, it's possible to execute power-up versions of Special Moves or even unleash high-damage blows (Super Moves).