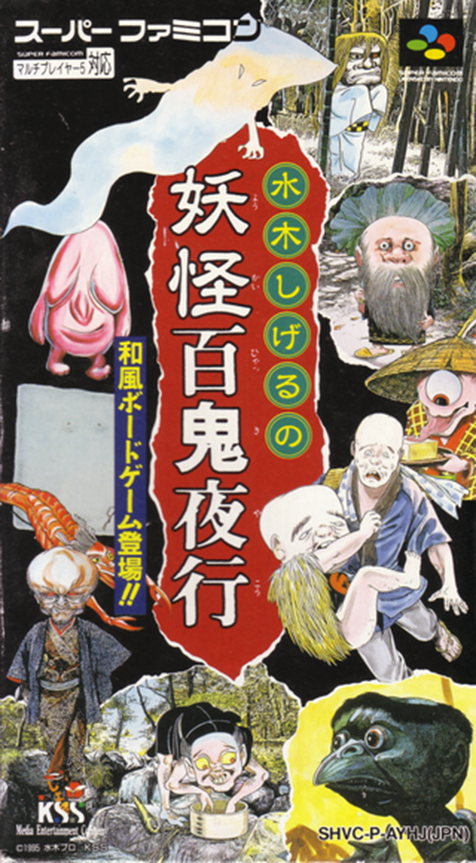 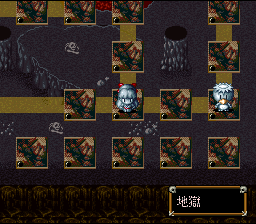 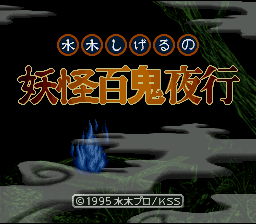 Mizuki Shigeru no Youkai Hyakkiyakou ("Shigeru Mizuki's Youkai Parade") is a board game with a youkai theme. Four youkai are sent out by the King of the Netherworld to keep the other rowdy youkai in check. Up to four players can take control of the four youkai, which include: a hitotsume-kozou, or cyclops boy; a kasa-obake, or umbrella poltergeist; a yuki-onna, or snow woman; and a kappa. The game follows the blueprint of the Dokapon series, with the player(s) moving around a board occasionally earning money and fighting other youkai in automatic RPG battles. The money can be spent on acquiring new items, and these items can also be acquired by moving around the board. Multiple boards are linked together with teleportation gates, though enemies grow increasingly more powerful the further the player goes: some time spent leveling up on an easier board is recommended. The eponymous Shigeru Mizuki is the manga artist who lent his artwork to the game. Considered an expert on youkai and Japanese mythological creatures, Mizuki is perhaps better known as the creator of the GeGeGe no Kitarou franchise.