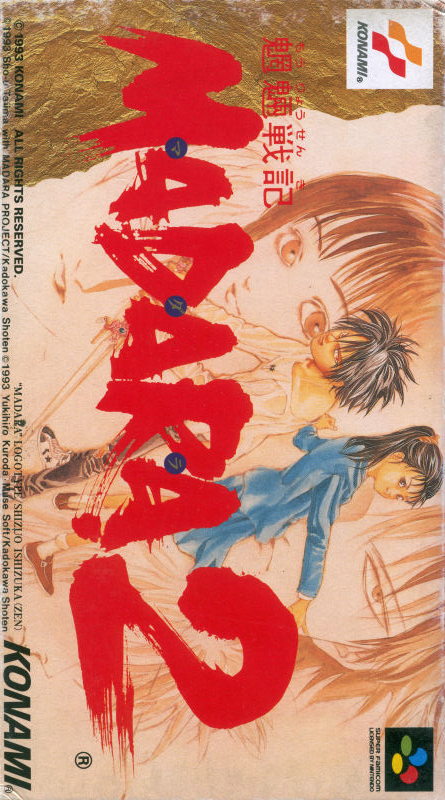 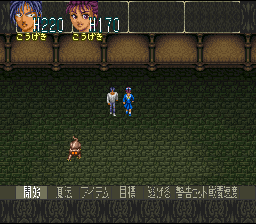 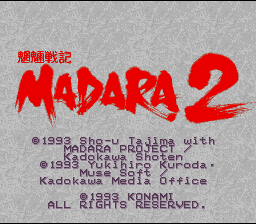 Set partly in modern-day world and partly in a fantasy medieval Japan, the game is based on the manga/animé series Madara. Loosely connected to Buddhist and local Japanese myths, it tells the story of Madara, the son of the evil Emperor Miroku. An ancient prophecy said that a young warrior with tremendous powers will dethrone Miroku, and for fear of his son's might he ordered to cut his body into eight pieces. Raised with artificial limbs, Madara soon discovered his true origin and understood he was destined to bring down his father. The game puts you in the role of a teenager named Kamishiro, who lives in modern-day Japan. One day he and his girlfriend Subaru venture into a mysterious shrine on the outskirts of their home town, and Kamishiro met the princess Sakuya, who explained to him that he must travel to a different world and to help Madara to get rid of Miroku. During his travels Kamishiro meets many characters from the original manga story, including Madara's brother and rival, Kage-Ou, and discovers the secret connection between the two worlds. The game is a console-style RPG with random battles. The combat system is turn-based, but the battles are set in auto mode, and you must pause them in order to assign commands to your characters. The battles are viewed from a dynamic third-person perspective, and the characters move around the battle field when executing their attacks. You can also change formation of your party, and use a variety of magic spells.