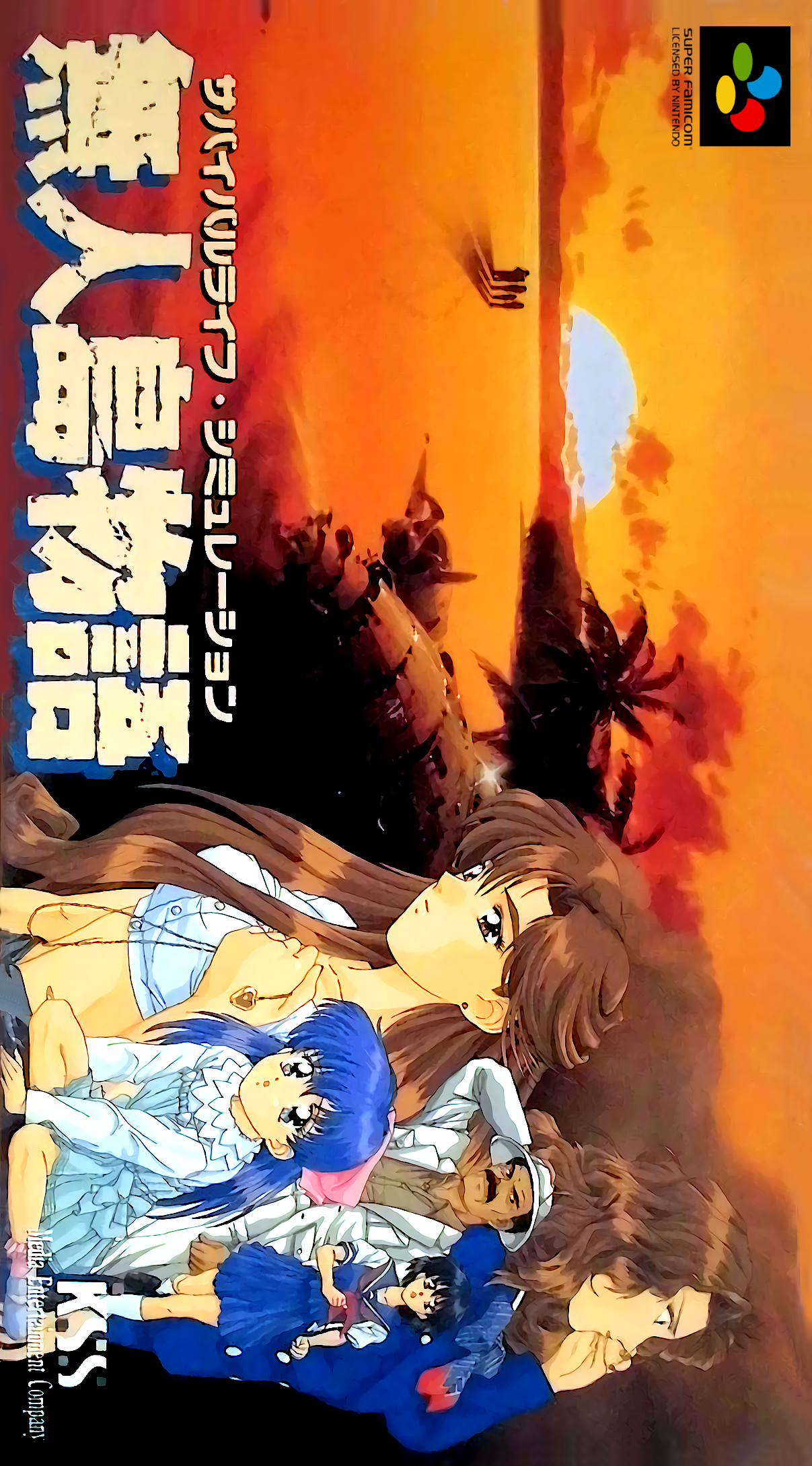 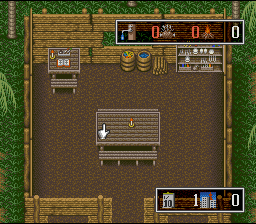 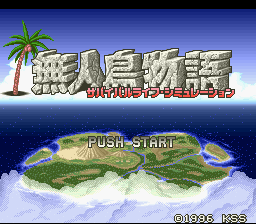 Mujintou Monogatari ("Desert Island Story") is an adventure game with simulation elements. It was first released on the PC-98 computer in 1994 and ported to the Super Famicom two years later. The player's character washes up on a desert island when their flight crashes into the ocean. They must carefully ration out the water and food they recovered from the crash while exploring the island for more resources and other survivors. Much of the game is spent exploring zones and recovering food and water, though there are also encounters with NPCs that lead to conversations and can possibly end with the NPC joining the player's group. These NPCs then appear and talk to the player while exploring the island. Mujintou Monogatari was followed by several sequels. The original computer version includes nude scenes of its female characters, though these scenes were edited out of the Super Famicom version.