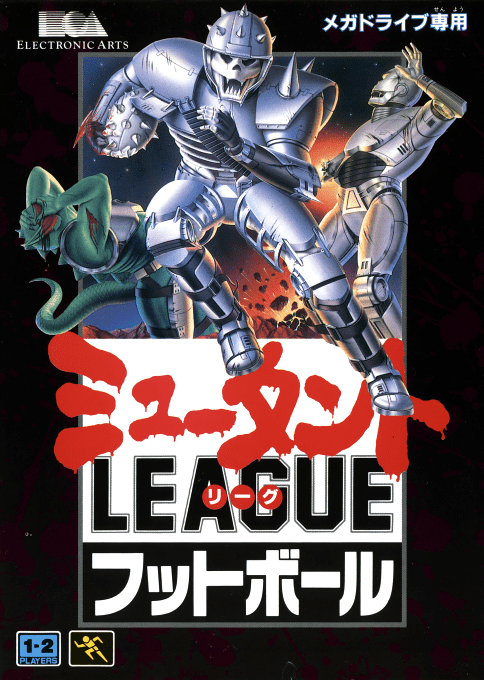 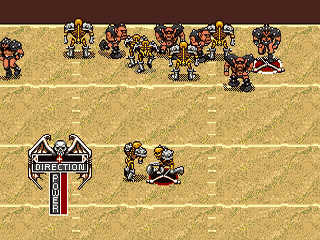 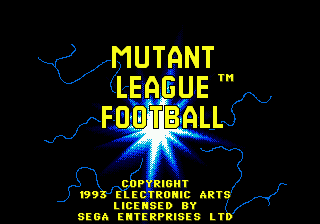 Futuristic, intergalactic war disguised as American Football, Mutant League Football was one of the most unique football games ever to hit the gaming market. It's a unique blend of sports and sci-fi, and the actual football is the good ol' smash-mouth kind, literally. Dynamite throwing running backs, blitzing trolls, robots that bleed oil, it's all here. Opposing quarterback connecting on too many passes? Blitz him 'til he's dead. Suspect the ref's been bribed by the other side? Call a Kill Ref audible; it's a 5 yard penalty though. Take your pick from nineteen teams, including three All-Star teams. There are five difficulty levels and a slow/fast game speed toggle. A tournament mode awaits those who want something more than a quick game versus the computer or a friend. There are nineteen different fields to play on, all with there own special quirks. The Hellfield is littered with mines and fire pits to put an end to a careless runner, while The Pen is a slippery sheet of ice. 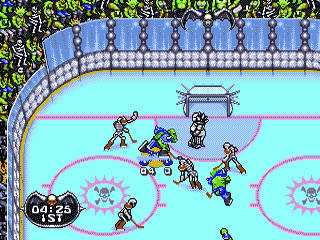