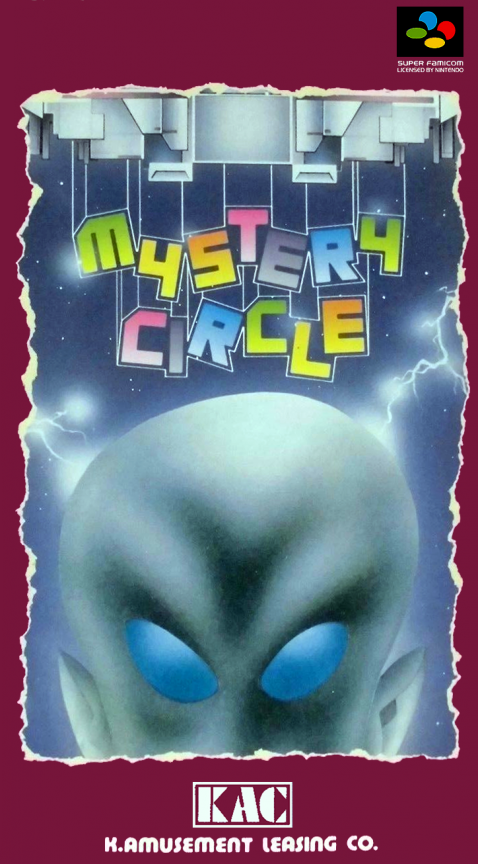 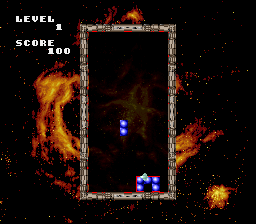 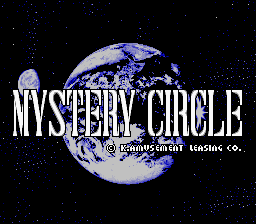 Mystery Circle is a Japan-exclusive puzzle game developed by Wave and published by K. Amusement Leasing Co. for the SNES platform. It plays like a combination of Tetris and Qix, with the player attempting to trace the outline of falling shapes before the screen fills up with them and causes the game to end. If every side of an object has a red outline, left by travelling around its circumference, the object vanishes and adds to the player's score, as well as dropping any objects sitting on top of it. The player has access to a single-use emergency satellite, which instantly eliminates everything within one third of the screen.nnnnThe game has a sci-fi theme, with a brief intro animation of the player's starship warping into a star system to begin the stage. The game was never released outside of Japan.