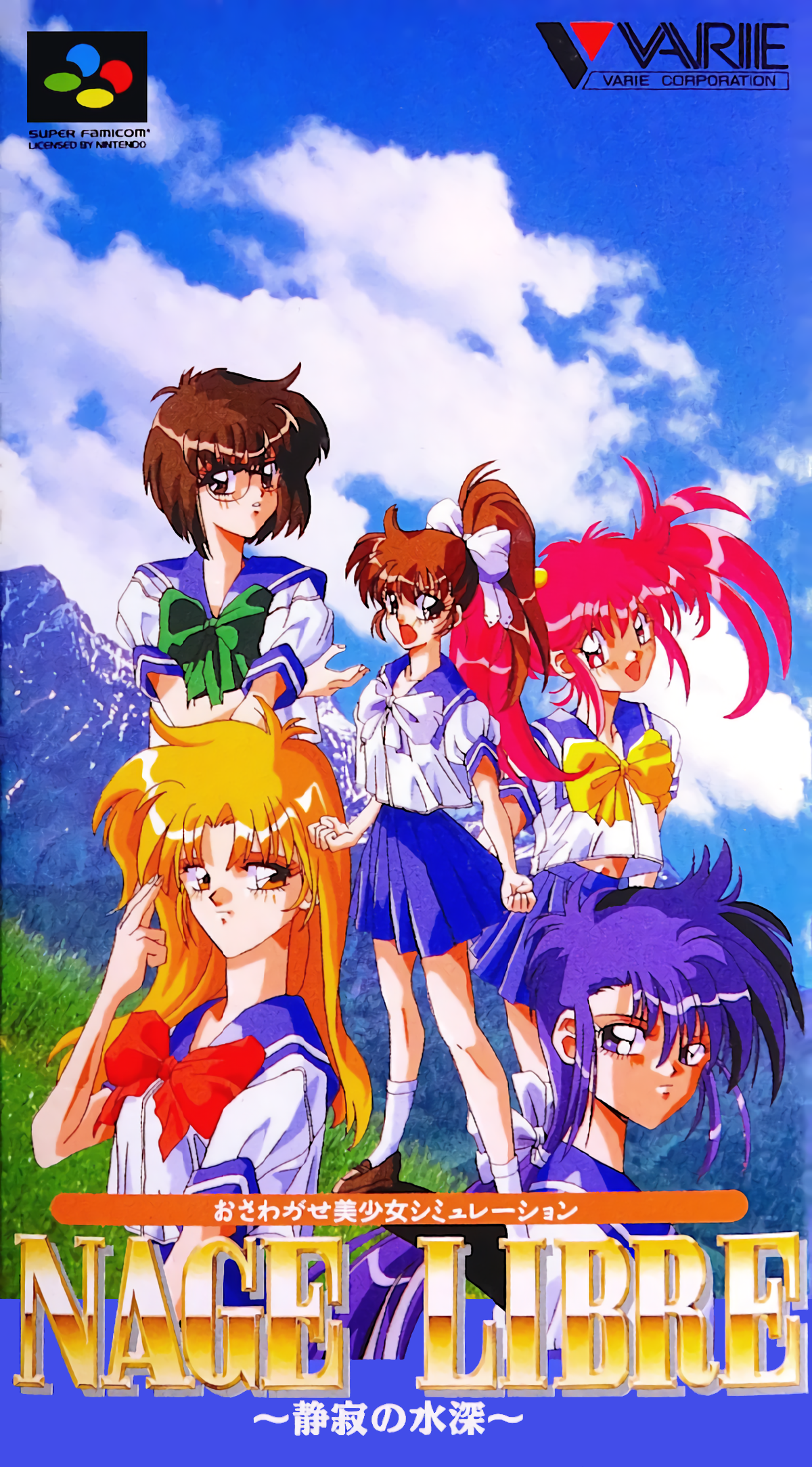 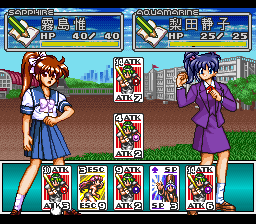 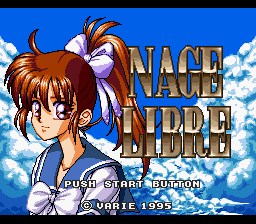 Nage Libre, or Nage Libre ~Seijaku no Suishin~ ("Freestyle ~Depth of Silence~", Nage Libre being the French for "freestyle swimming") is a strategy game exclusive for the Super Famicom. It features five heroines who compete with one another in highschool-related events to escape back to their homeworld.nnnnThese battles are represented on a grid-like battlefield, common to strategy games of the era, and when two units meet on the battlefield the game switches to its card-based combat system. The player randomly draws a hand of five cards when combat begins, spending one and then drawing a new card every round. The cards can involve attacking the opponent, defending from incoming damage, using magic to heal the player character's HP, a chance to escape combat as well as a number of other abilities that appear less frequently, like exchanging health with the opponent or switching costumes.nnnnThe game saw a 1997 Sony PlayStation sequel: Nage Libre: Rasen no Soukoku.