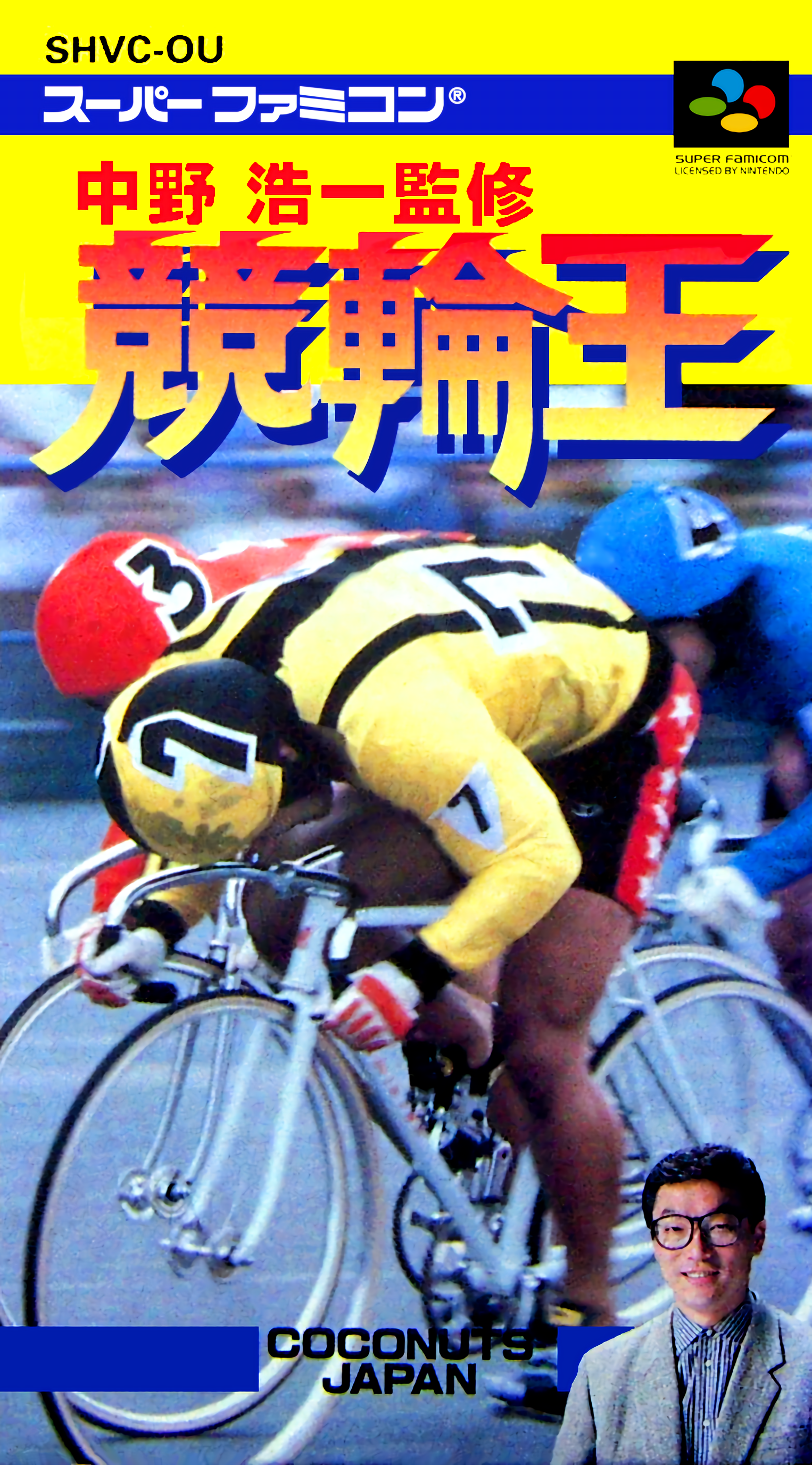 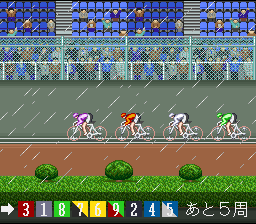 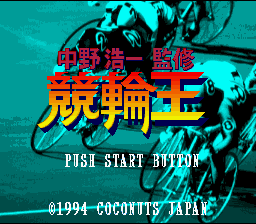 Nakano Koichi Kanshuu: Keirin-Ou ("Koichi Nakano Supervision: Keirin King") is a cycling game from C-Lab and Coconuts Japan released exclusively for the Super Famicom in 1994. Rather than racing themselves, the player takes a supervisory role over a cyclist's daily training and help them to qualify for major competitions and events. The game's cycling is focused on Keirin races: a specific type of cycling race that was lately added to the Olympics as an event. The game features the likeness and namesake of Koichi Nakano: one of Japan's most prolific professional cyclists.