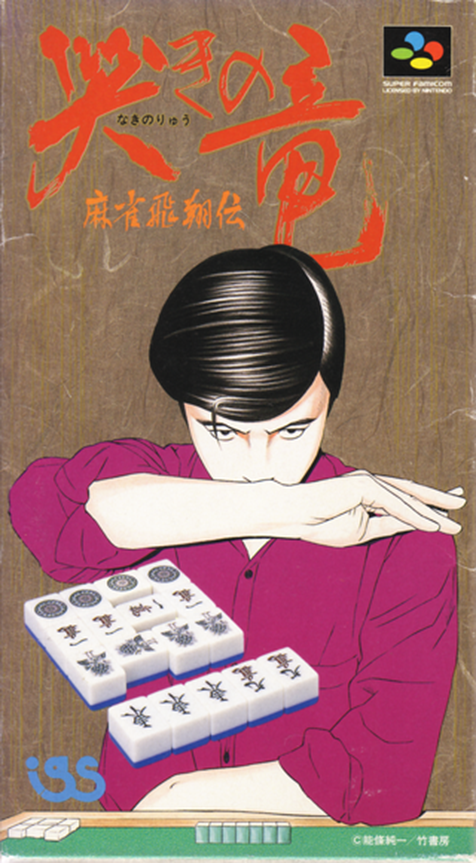 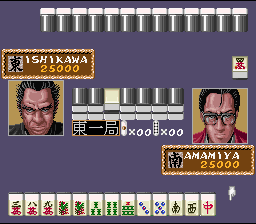 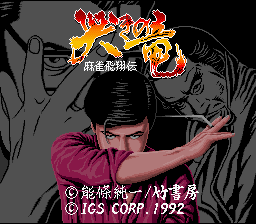 Naki no Ryuu: Mahjong Hishouden is a mahjong adventure game based on the manga and OVA of the same name. It is the third video game adaptation of the series, and the first of two to be released on the Super Famicom (the second being Mahjong Hishouden: Shin Naki no Ryuu). The player is a mysterious gambler named Ryuu (Dragon) who plays mahjong against various underworld figures. Due to its status as a mahjong game (and one that refers frequently to a manga), it was never released outside of Japan. The game is split up into a story mode and a mode where the player is taken directly to a mahjong game. 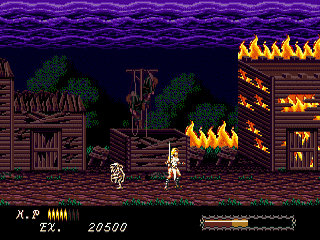