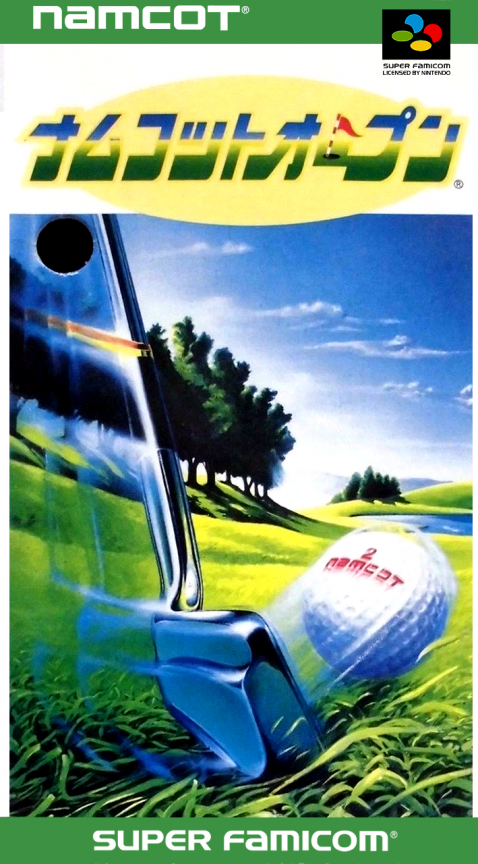 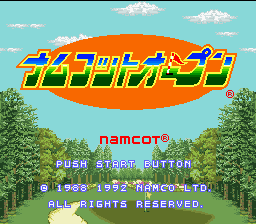 Namco Open is a golf game for the Super Famicom that was never released outside of Japan. Though Namco published the game and lent their name to it, the actual game was developed by independent contractors TOSE. The player has many options for customization, down to their character portrait (both male and female options are available), the clubs they take with them and the caddy they interact with while playing. Multiple human players can play tournaments against each other, through a pass and play system.