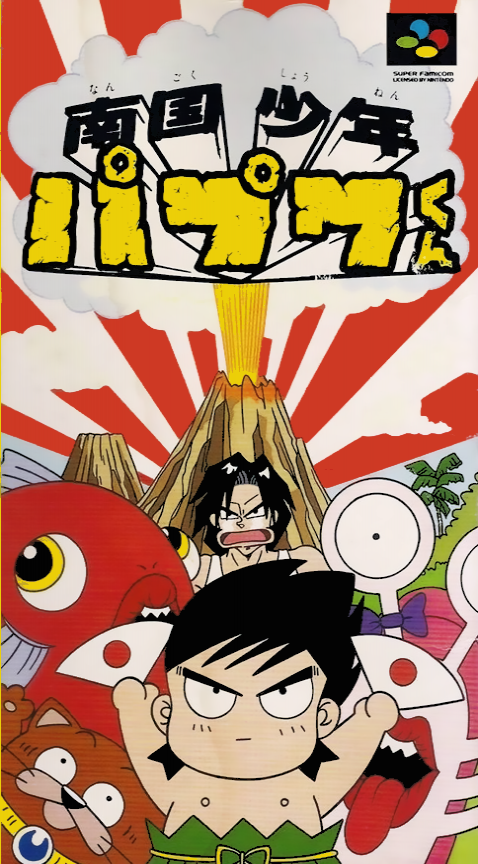 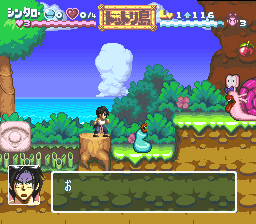 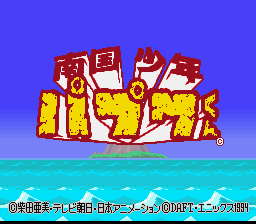 The game is a mix of brawling and platforming based on the manga of same title about a young boy and his unusual friends on a tropical island. The player character is Shintaro, a member of the Genma army, as he runs across the island to find out where a bunch of invading monsters came from. Shintaro has a quick punch move and a charged-up beam attack, and fights various sub-bosses as he makes his way through levels. He'll occasionally meet characters from the manga as well, including Tanno and Itou, who are a transvestite fish and an effeminate pink snail respectively.