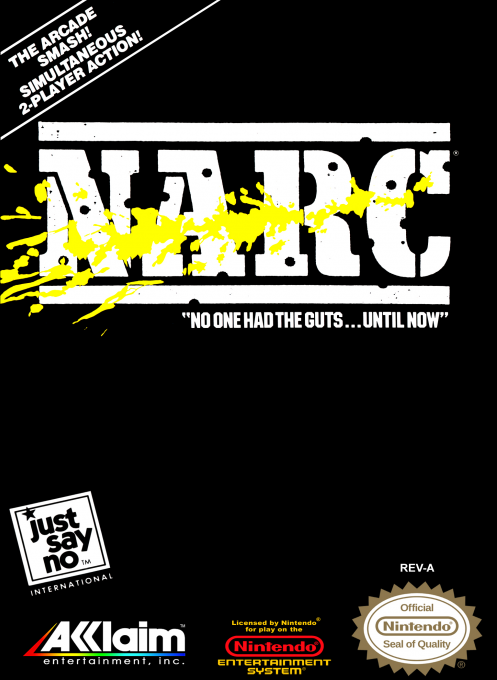 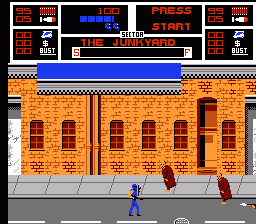 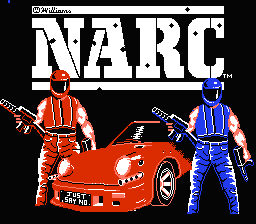 Narc is a 1-2 player game, where your mission is to infiltrate the Mr. Big Corporation, the scourge of the underworld. To do this, you must get through the game's eight stages, with over ten sectors like the junkyard, subway, drug lab, nursery, downtown, Sunset Strip, and even the corporation, where Mr. Big resides. In order to get through the stages, you are required to collect a number of safe cards, and insert them in the slot next to the stage exit. Each sector includes a map, and should be easy to read. For example, the blue or red dots represent you, and the white dots are the missile launchers, while the "E" indicates the exit. Your mission ain't going to be easy, as you will come face-to-face with enemies including the canine mutts, Das Lof Gang, Dr. Spike Rush, Joe Rockhead, Kinky Pinky, Sgt. Skyhigh, HQ Posse, and Mr. Big himself. You have two ways you can deal with them: either put a bullet in them or make arrests. Furthermore, they will try to blow you up the minute they see you. Fortunately, you're armed with a shotgun and missile launcher, but these both have a limited supply of ammunition. If your bullet counter reaches one, you can only fire one bullet at a time, so you need to find some more. Also, it is important not to waste all of your missiles: you might need them later when you deal with later enemies like Mr. Big. You are also backed up by a chopper and a mean shiny street machine. More often than not, when you blow up enemies, you can pick up several items that they drop, including drugs, money, ammunition, missile launchers, and if you're lucky, safe cards. Even if you got the safe card and can pass the level, you can keep blowing up enemies to score more points. According to the game, this game is for training purposes only, so you will not get employed by your local DEA office. Is this what the DEA does every day: go on rampages? 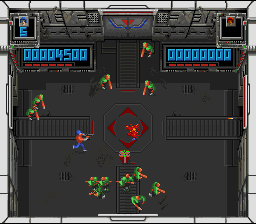 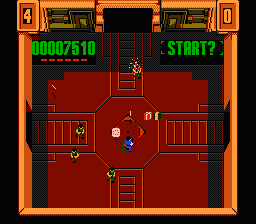 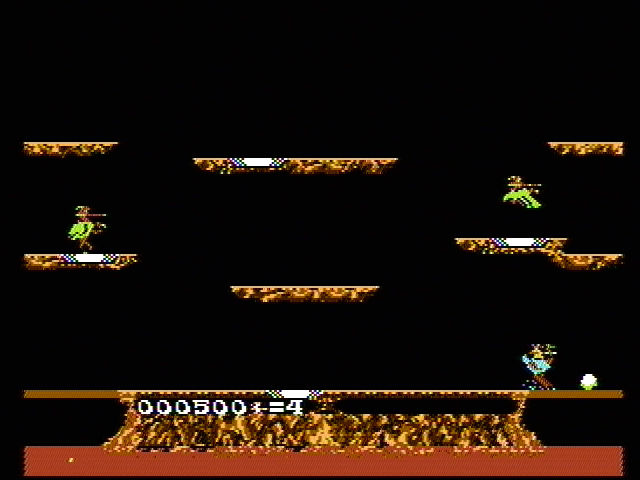