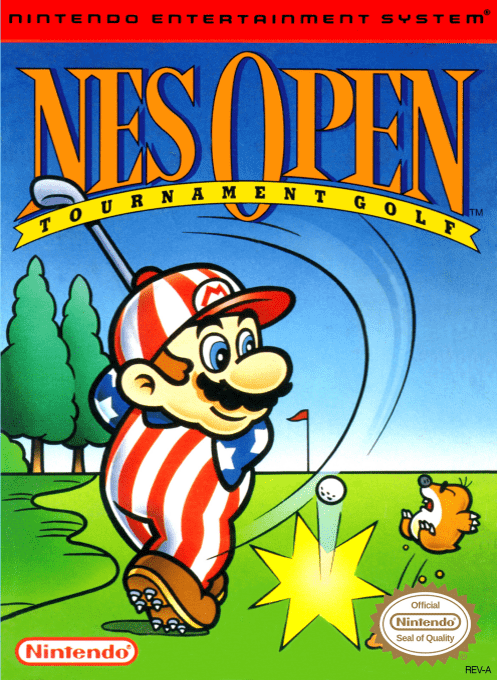 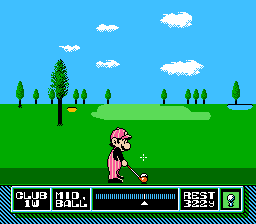 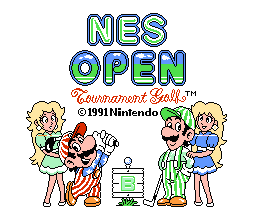 In NES Open Tournament Golf, you can play a round of golf on one of three different courses. One or two players can play in the U.S., Japan, or the U.K. and choose a stroke or match play game. Gameplay is from two point of views, starting with an overhead view allowing you to set up the shot and choose a club, then switching to a 3-D point of view. Hitting the ball uses the common power meter where tapping the button starts the meter, tap the button a second time to select the amount of power in the shot, then tap the button a third time to select the amount of slice or hook. If you are unable to finish a round in one play, NES Open Tournament Golf features a battery back-up allowing you to save the game and continue later.