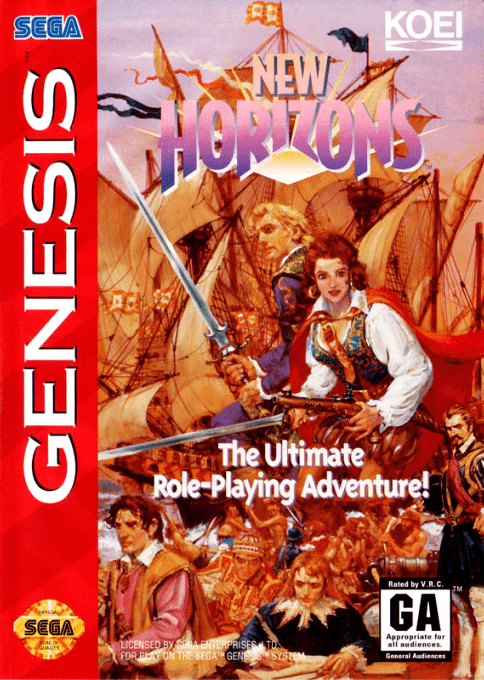 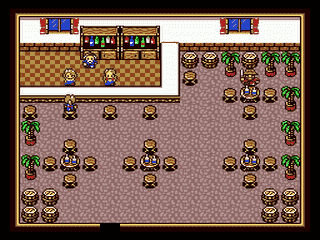 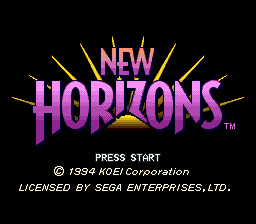 In the first Uncharted Waters game, it was the 15th century and the New World was discovered. Now in New Horizons, it is the early 16th century and the age of exploration and sea trade is underway. Players choose from any one of six adventurers (scenarios), each with their own distinctive but intertwining plot, to embark on a quest of sailing, seamanship and exploration. The six characters are: 1. Joao Franco is the son of Duke Leon Franco, the hero of the first Uncharted Waters game and an influential man in Portugal. His father wants to make him into a strong man and so decides to send him out to sea. Young Joao is tasked with learning the skills of the sailor (he is the only character who starts at level one) and embarking on a quest of discovery; reaching the far east and eventually looking for the secret of Atlantis. 2. Catalina Erantzo is a Spanish naval officer who believes her beloved and her brother were both murdered by the Portuguese armada. Vowing revenge she turns to a life of piracy and soon becomes a red haired scourge of the seas. 3. Pietro Conti is a indebted man, having inherited the financial woes of the Conti family. When the Duchess Franco hires him to spy on her son, he accepts the job and obtains a ship. Pietro hopes to use these resources to seek out valuable treasure and clear up his family's debt. 4. Ernst Von Bohr is a geographer who is teaching classes in Holland. But he yearns to leave the classroom and sail the high seas, living a life of adventure that he has only read about in books. When his friend, Mercator offers to finance his initial voyage in exchange for cartography information about the world, Ernst is given the opportunity to live out his dream. 5. Ali Vezas is a poor orphaned child living in Istanbul and serving others. He dreams of becoming his own master and making his own fortune across foreign lands. A twist of fate aides in providing him with small loans, with which he is able to afford his first ship and sail out with a cargo hold full of goods... 6. Otto Baynes styles himself a Royal Knight of the British Empire, in the service of his majesty the king. Promoted to Admiral of the British fleet, the kingdom is worried about the increased naval power of Spanish fleets. Otto is given a letter of marque by the king and ordered to terrorize the Spanish Fleet. Equipping himself simply at first, Otto strives to become a great Privateer in the name of King and Country. Regardless of the character chosen, Uncharted Waters: New Horizons is a top-down sailing simulation. At sea, players control the direction of their ship, where speed is affected by the number/health of the crew, the wind and the currents. Players can navigate anywhere there is water (though some ships are not ocean worthy) and discover interesting landmarks and new ports. Upon landing at a port, the view is also top-down and the player can enter different buildings, each with unique services and goods. These include: The Inn, the Item Shop, The Shipyard, The Tavern, The Castle, The Guild Hall, The Church, The Merchant and the Harbor. It's up to the player to earn enough gold to keep the crew fed and financed and keep the fleet repaired. Primary methods of earning money are through sea trade, accepting jobs from the guild, gambling and battle with other ships. During naval combat, the game becomes a turn-based top-down strategy game, with the player moving ships in order to obtain trajectories needed to fire cannons at enemy ships, or run alongside enemy vessels in order to board them. If the player's flagship attacks the flagship of the enemy fleet, they can challenge the opponent to a duel. If accepted, the game changes to a side-view of the two captains engaged in a fight. During this sequence, the player can only choose which fighting maneuver (strike, thrust, parry, lash) they wish to engage in.