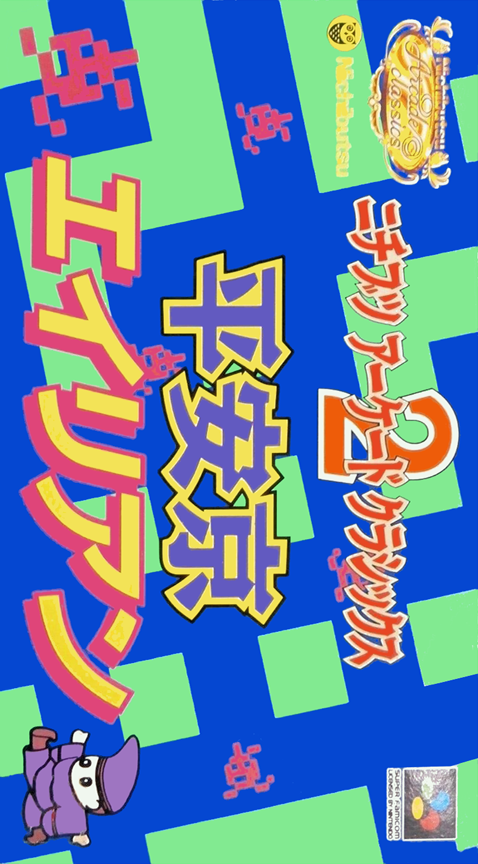 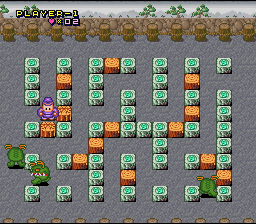 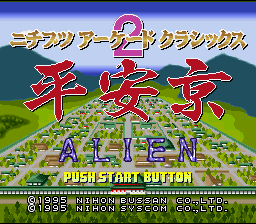 Nichibutsu Arcade Classics 2: Heiankyo Alien is a 1995 16-bit remaster of the 1979 computer game Heiankyo Alien. It also includes a recreation of the original 1979 game configured to work with the SNES controller. The game remains the same: the player, as a Heian-era policeman, must dig pits to catch carnivorous aliens and then bury them to destroy them. It takes three steps to dig a pit big enough, and aliens will quickly fill holes that aren't large enough. If an alien catches the policeman, he will be eaten.nnnnThe enhanced version adds wooden blocks that can be chopped down, but this takes as long as digging pits and puts the player in peril during the time it takes to remove them. The game also includes a two player versus mode that gives each player half the screen. When an alien is removed from one player's side, it appears on the other player's side, so players must quickly remove aliens so they don't get overwhelmed by the sheer numbers.